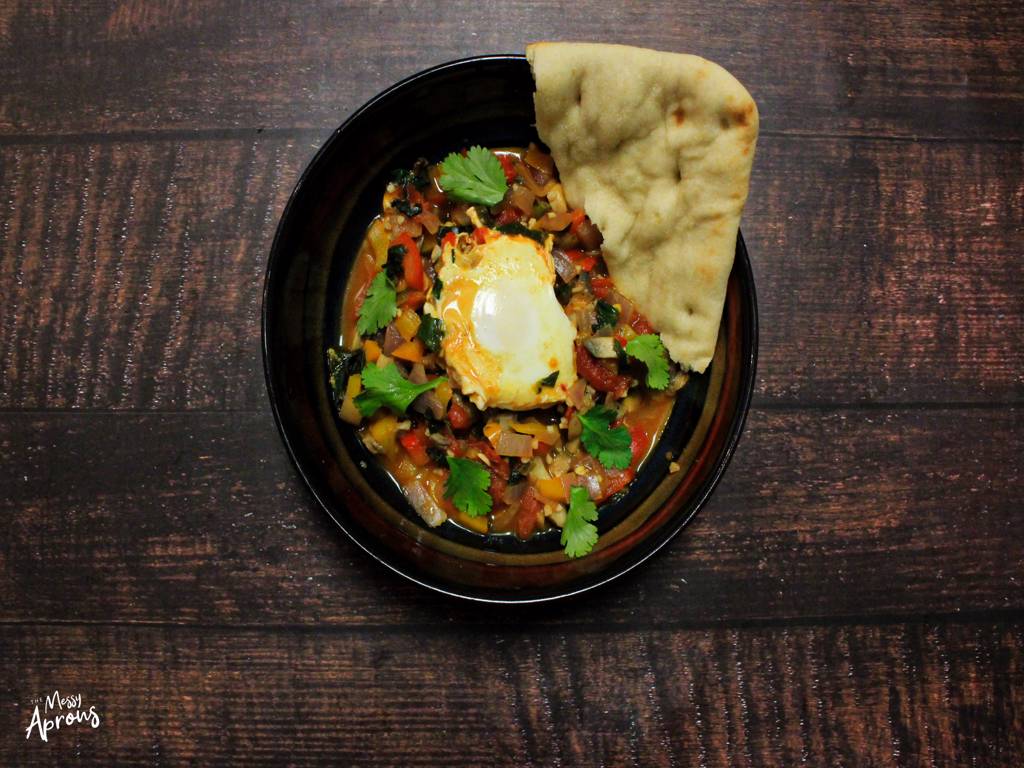 Today’s meal is from Tunisia, not Greece as the above picture may convince you. Tunisia is apart of Northern Africa which borders the Mediterranean Sea, Algeria, and Libya. Here you can find a blend of Arab and Berber culture, 99% of the country being Arab. An interesting fact about Tunisia is that Star Wars A New Hope was filmed in several locations.

The local fare is greatly influenced by the countries culture and surrounding regions. Like other countries that border the Mediterranean Sea, olive oil, tomatoes, and seafood are commonly used in their meals. A trait that sets Tunisian cuisine apart from other Northern African countries is that most of their meals are spicy. These spices include cumin, caraway, chili peppers, paprika, coriander, and garlic.

The dish I found to represent Tunisia is called shakshuka. It is thought to have originated here, but is widely eaten as a breakfast dish throughout the Middle East and Northern Africa. Simply it is lightly poached eggs in a pepper and tomato sauce along with other fresh ingredients. This meal traditionally is vegetarian and the recipe I used can be found here.

After prepping all the veggies (or using canned) you end up combining all the ingredients in one pot and making wells for the eggs to sit while they cook. The recipe is fairly simple and quick to make.

We found this plate to be unique, but unfortunately underwhelming in flavor and textures. The flatbread pair well and was the perfect vessel to transport the meal to your mouth. I can’t see us trying this one again, it was rated 6/10.