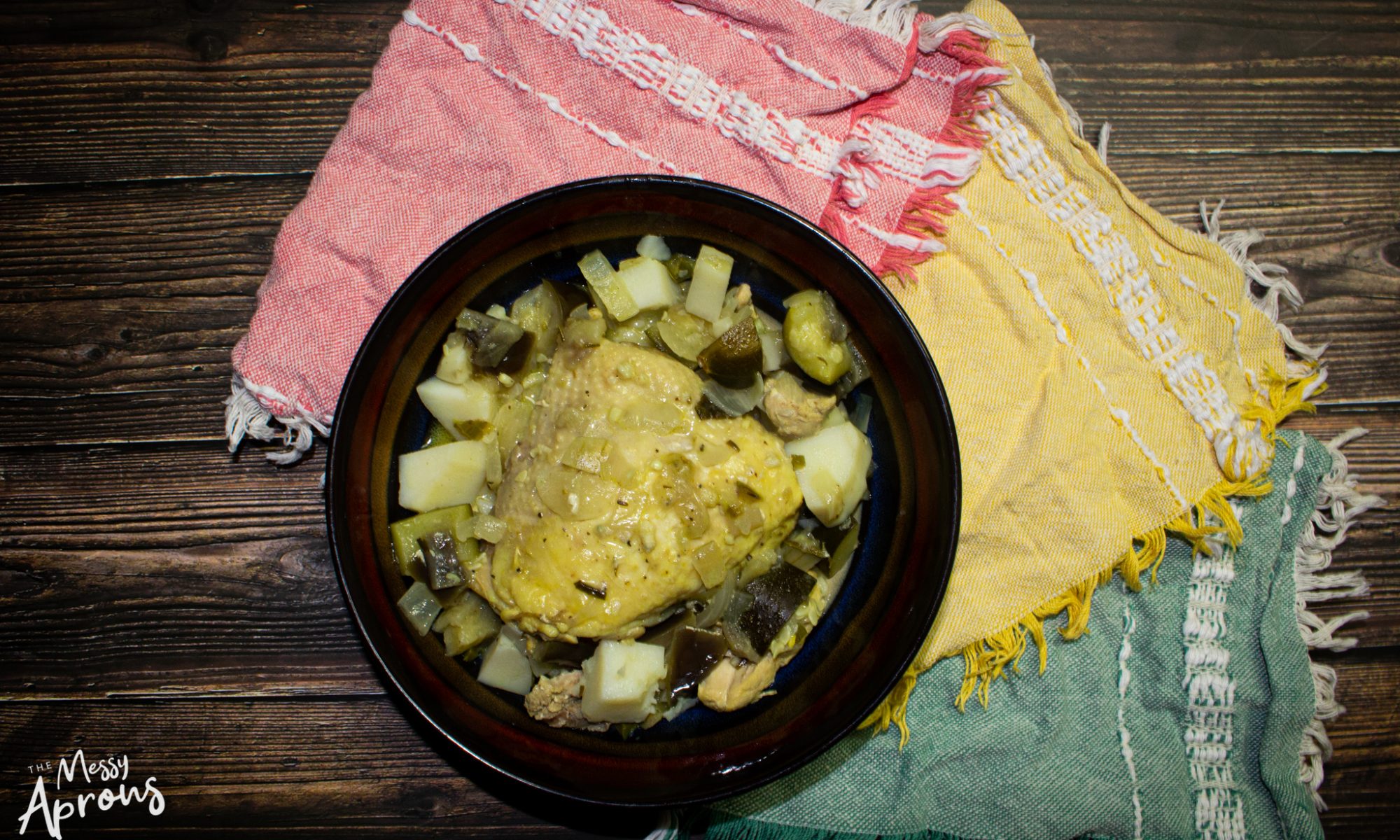 Hey guys we’re in South America today visiting French Guiana. It is an overseas department of France since 1797 and is the second largest region of France. Its capital, Cayenne, is what the cayenne pepper is named after! The infamous Devil’s Island can be found off the coast line of French Guiana and was a place for exiled French prisoners that endured harsh treatment, luckily it was shut down in 1953.

Even though French Guiana is a French territory, the cuisine consists mostly of Creole, indigenous, and Bushinengue influence. Common dishes include smoked meats such as fish and chicken, cassava (present in this dish), various colombo stews, and fricassee which is a rice and beans dish. I decided to make a chicken colombo or poulet colombo in French which is full of contrasting flavors such as citrus from lemon, herbs, various vegetables, and PLENTY of spice 😉

I went by another straightforward recipe (I am trying to seek more of these out 😅) and once again it was a meal that worked well during the week. I started the browning of the chicken in my largest pan, but soon realized a pot was needed to finish the meal. I did’thave colombo seasoning so I made my own which was simple enough when looking online.

I was hoping this dish would pack more of a punch, however I had a hard time tasting the coconut milk and did not find the dish spicy. After reflecting on this dish I realized I FORGOT to add the additional spice when I was cooking it again.. I will likely make this again in the future with the correct spice amount and update this post. Sorry guys I was multitasking a little too much I guess. I will say the chicken was very tender and it was a nice mixture of vegetables!

The current rating is 6.5/10, but I’m sure it will increase on my next attempt.