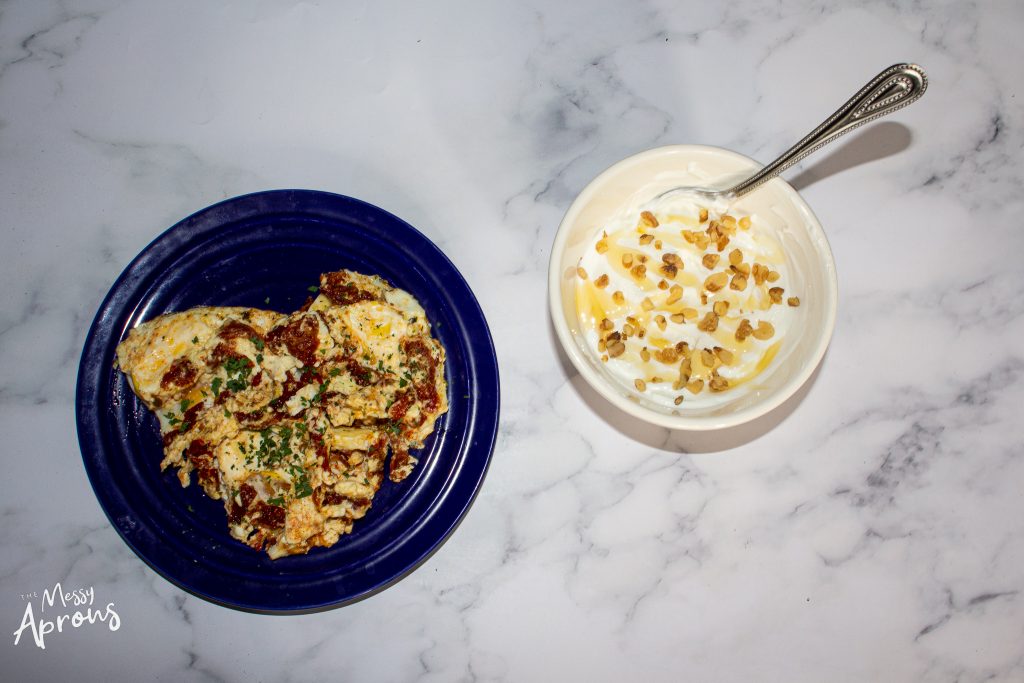 To top off our week in Greece I made a Greek breakfast spread. Ian often had Greek yogurt with walnuts and honey on his vacation along with other traditional foods such as fruits, pastries, and eggs. To pair with the yogurt and accruements I made a Greek inspired scramble with sundried tomatoes, feta, and some herbs.

It was simple, quick, and delicious although the addition of spinach would have brought the eggs to another level. I liked that this breakfast was not only easy, but had several foods that are often staples of the kitchen (at least my kitchen). The point being you don’t have to buy expensive or fancy ingredients to make a meal that perfectly represents a country. I have been spending more money on groceries lately with uncommon ingredients so I decided to take a step back and keep it simple for this bonus recipe.

With my Greek egg creation being so simple I don’t feel it needs a written recipe- add the desired eggs (fried or scrambled), fresh or sun dried tomatoes, feta cheese, herbs (oregano and parsley is what I used), salt, pepper, and paprika. If you discover a Greek-inspired egg scramble combination that worked well for you let us know in the comments below!

Next we head to a US territory for a twist on an American classic!