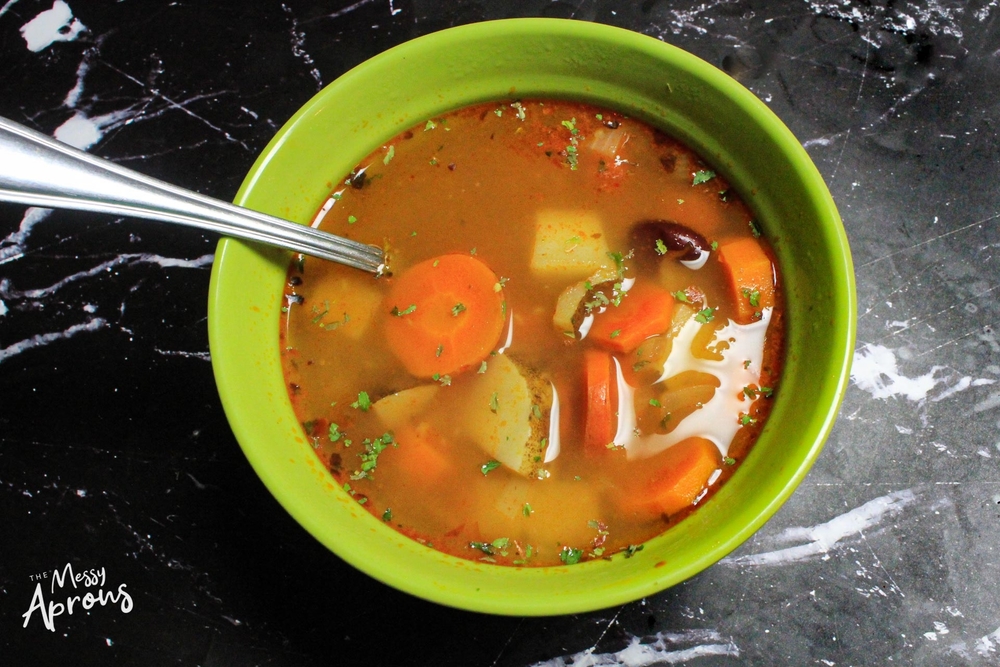 Back to Europe we go! Today we are in Hungary, a central, landlocked country found next to Romania, Slovenia, Slovakia, Austria, Croatia, Serbia, and Ukraine. Hungary is one of the older countries of Europe and came to be after the fall of Roman Empire in 897. Thermal Springs are are a big deal here and are known for their healing and cleansing properties. There are here over 1,300 in the entire country, some being an outdoor attraction and others in luxurious bath houses. Many well known composers call Hungary their home including  Franz Liszt, György Ligeti, and  Béla Bartók. I don’t know about you but I think I’m Hungary for more 😉

Hungarian or Magyarian cuisine often includes paprika, onion, black pepper, and other spices to make their dishes flavorful. The focus of each meal is well seasoned meat and vegetables and the use of fresh dairy and baked goods. Their national dish goulash is a one pot dish that was traditionally cooked over an open flame consisting over various vegetables, beef or beans seasoned with the above spices. Goulash gets its name from the Hungarian word gulyás for cow herder since they were the inventor of this meal. The goulash I am making today is vegetarian and using beans to substitute the meat (which was traditionally done when beef was scarce. You can find the recipe here.

I made a few alternations to the recipe to make my life easier and to match the authenticity. I used liquid smoke once again to capture the smokiness it would have had if cooked traditionally and instead of grinding my caraway seeds I let them steep in a tea bag will the stew was cooking (pictured bellow)! Pro tip, make your on veggie broth (pictured above) by using veggie scraps will you are prepping! Make sure to compost them when you’re done 😁

We thought the stew was spicy, smoky and had a nice tomato-based broth. You could almost say it had a barbecue like flavor! It had a hearty mixture of vegetables which made me think of how this would be a great fall or winter meal. We thought it was worthy of a 7/10 rating.

Next we make something truly unique in Bhutan, see you then!