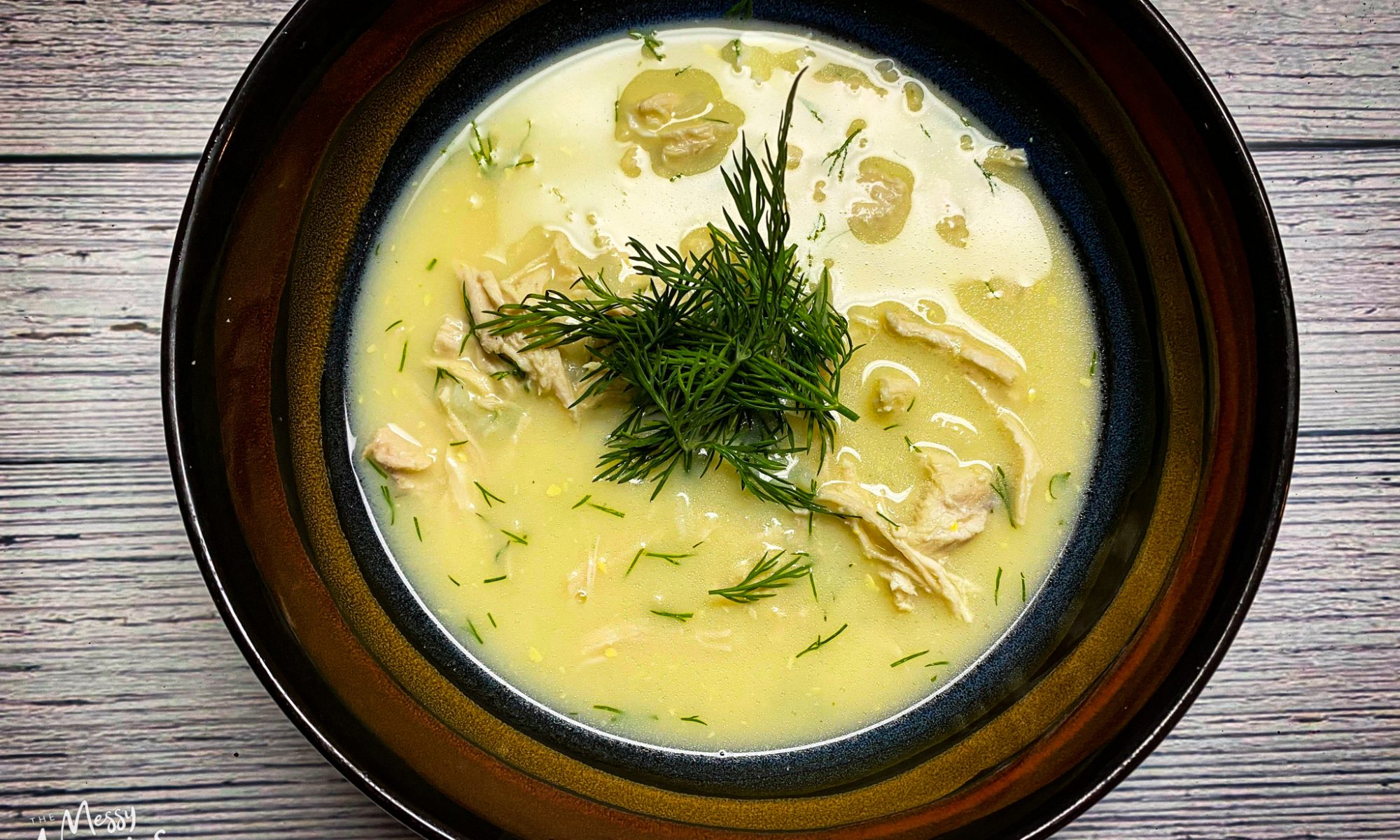 Welcome to another day in Greece, today we will be making a refreshingly light soup that is great on a warm summer day or when you need a pick me up. This dish is dominated by the taste of lemon and dill.

This citrusy soup is a lesser known Greek classic and is believed to have made its way there with the Sephardic Jews. This ethnic group originating from the Iberian Peninsula has a cuisine that consists of stuffed vegetables, salads, fruits, nuts, herbs, lentils and chickpeas (to name a few). It was originally made with pomegranate or orange juice, but with the popularization of lemon juice in the 10th century it is now the preferred fruit juice.

Ian felt this recipe was straight forward, however there was a crucial part that you want to pay attention to. It was important to whisk the hot broth and egg/lemon juice mixture constantly to avoid cooking the egg. It is also the same method when adding it back into the remaining soup.

We thought the soup was unique compared to others we have made and enjoyed how the lemon and dill made it lighter and refreshing. We would have liked more rice than what was asked for since a 1/4 cup was not much.

If you prefer fish over chicken, a similar recipe we have cooked in the past called Lohikeitto might be the soup for you!

We did enjoy the Finnish lemon and dill soup a little more than this one. The rating we gave it was 7/10.