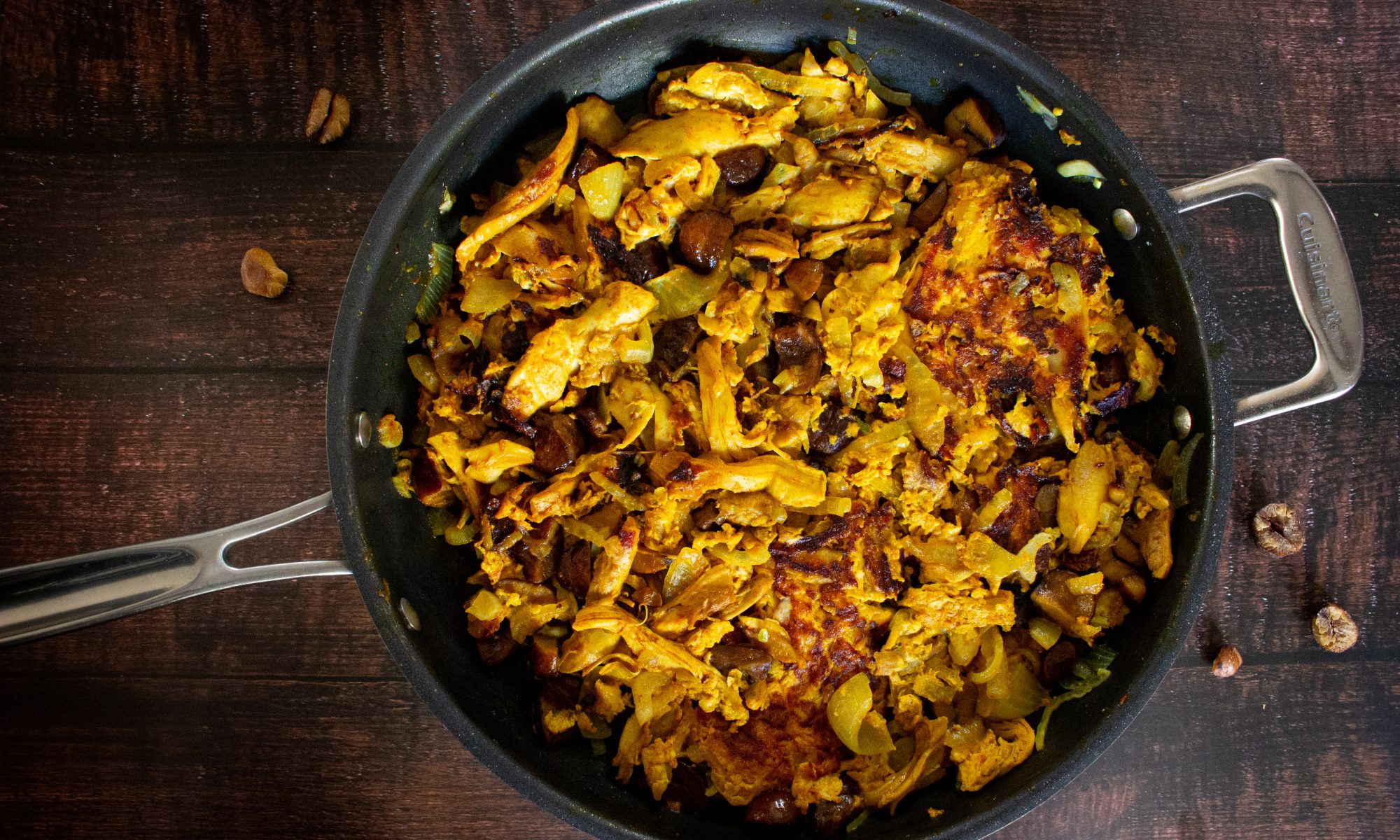 Welcome to our 11th week of traveling by taste bud! Today we travel to Azerbaijan “the land of fire.” I had never heard of this country until last week! This region of the Middle East has it all- the dramatic mountains, mud volcanos, and beautiful beaches on the Caspian Sea. It has bustling cities and quaint villages up in the clouds. It is even home to a city that is completely supported by stilts!

Today I will be making a dish that pertains to a special group of individuals that live high up in the mountains in a town called Gyrmyzy Gasaba. “The Mountain Jews” are the world’s last surviving pre-Holocaust Jewish village also known as shtetl and see themselves as a separate Jewish ethnic group.

This khoyagusht recipe is one a blogger was able to write down when visiting this community. She was fortunate enough to experience authentic Mountain Jew cooking in action! Khoyagusht is a dish that is made up of chestnuts, meat, and egg. Other elements such as onions and potatoes might be added. Spices such as turmeric and paprika give a flavorful kick to this omelet dish.

I was skeptical at first when I tried a chestnut for the first time and was thrown off by its texture, but alas the finished meal proved me wrong. The chestnuts brought a nice sweetness to the dish which was well paired with the spices and onion. The chicken and its’ broth brought a familiarity to the plate. All in all it was a pleasant surprise.

We rated this dish 6.25/10 making it just above average ranking. These dishes have been becoming more of a challenge to rate as they are starting to blur together! Next we will go to Europe to visit Bulgaria!