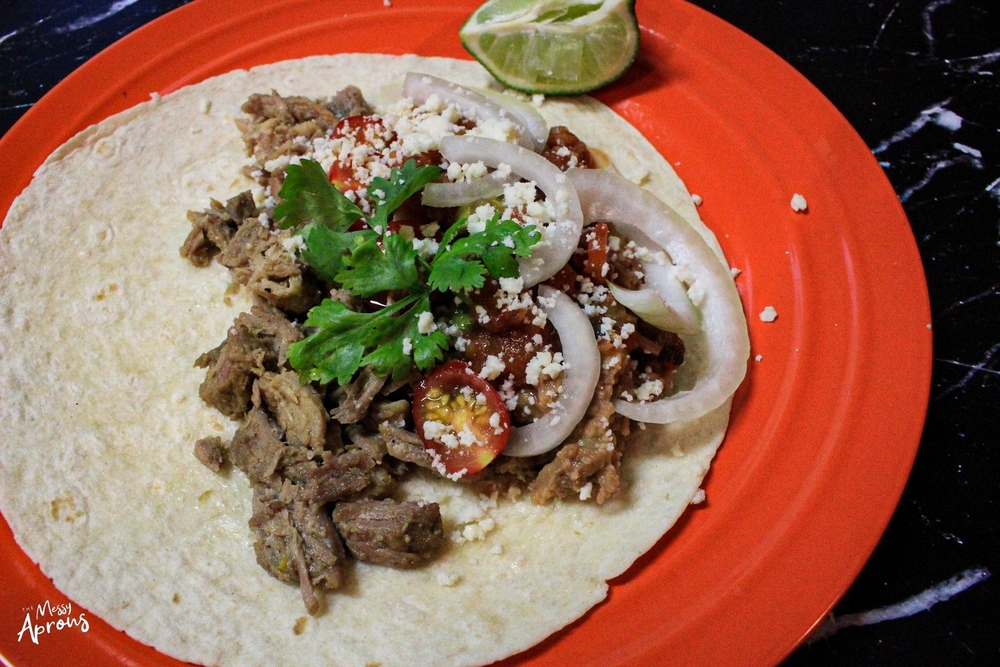 Happy New Year! May this year bring you tasty food and flavorful experiences!

Our 93rd country brings us to MEXICO!! Ian is super excited because Mexican food is his favorite cuisine and he is hoping I can dish up something new and amazing (no pressure..)

Mexico is part of North America making up the southern portion and land bridge to Central America. It borders three bodies of water; The Pacific Ocean, Gulf of Mexico, and Caribbean Sea. Mexico is home to 68 indigenous languages apart from Spanish. This country is also home to several volcanos making up 75% of the world’s and is located along the Ring of Fire. Another unique natural feature of Mexico is its vast underwater cave system which is the largest in the world! Mayan tradition says that these underwater pathways serve as the entrance to the underworld. Dead of the Dead or Día de los Muertos is a holiday that originated back in Aztec times where they used actual skulls to honor their past loved ones.

Mexican cuisine is well loved around the world (and in this household) and was named by UNESCO part of the Immaterial World Cultural Heritage. Spanish and indigenous influence blend together in today’s Mexican cuisine. The dish I started our Mexican journey on is carnitas! Carnitas translates to “little meats” and is a simmered/braised pork in fat (traditionally lard) that is then shredded once cooked fully. Carnitas is thought to have originated in Michoacán, Mexico however the topic is still disputed today. The flavors and other elements of true Mexican carnitas differs on where you go. Authentic Michoacán carnitas use bay leaves, thyme, and marjoram to flavor the meat. The cut of meat typically used is pork butt or shoulder. I used this recipe which uses different flavor ingredients.

Man oh man was I excited to get going on this one, but once I got the meat out of the package I quickly noticed the nightmare I was going to face. The pork shoulder (with bone) took a good 45 minutes to remove all of the meat. This hefty cut of meat was awkward to maneuver and required a lot of elbow grease to cut through. Maybe I did something very wrong here, but I will definitely not underestimate a big cut of meat again.

The rest of the cooking and prepping was simple, just time consuming with a healthy amount of cursing. Poor Ian didn’t know what to do. 😅 It didn’t help that we were serving this to guests as well so you know extra stress.. I used butter instead of lard to cook the pork (partially because I didn’t know where to get lard).

Luckily all the hard work paid off and everyone enjoyed the meal. The pork was juicy and sweet from the butter with cinnamon and orange notes. The saltiness of the cotija cheese balanced the sweetness well. I made sure to have a good line up of toppings which all worked out well together. I had extra homemade salsa on hand which is important for any Mexican meal. Fresh cilantro and a squeeze of lime juice is a must! We rated the dish 7.75/10.