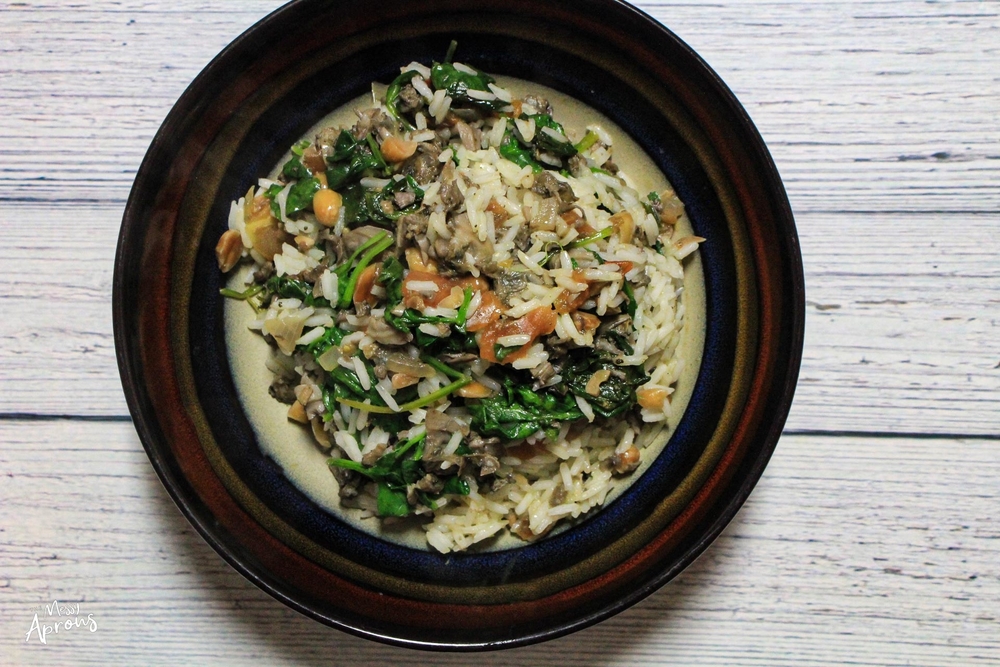 Here we are with yet another African Island country, São Tomé and Príncipe. This nation made up of two islands, two atolls that’s found in the Gulf of Guinea near the equator along a volcanic chain. It was another country that was uninhabited until Portuguese explorers discovered it in the 15th century. The main crop of the country is cocoa and at one time of the world’s biggest producer. You can rest easy if you explore the rainforests of the island- the most predatory creature is a mosquito!

Cuisine of São Tomé and Príncipe include seafood and local crops such as bananas, plantains, pineapple, maize, and avocado. Coffee is frequently used not only as a wake me up drink but a seasoning for meals! The main influences of their cuisine is Portuguese and African. For São Tomé and Príncipe I found a recipe called “matata” which is a seafood dish with recipe that involves vegetables and clams cooking in port wine. This dish is also popular in Mozambique. You can find the recipe I used here.

I have to admit the aromas were not desirable compared to past dishes- definitely a strong seafood odor. If I had fresh clams I wonder if the experience would be any different. Prep and cooking was easy, not time consuming at all. I couldn’t buy pumpkin leaves so I substituted spinach.

It was better than what we were expecting- man was it smelly! The flavor was relatively bland, however the flavor of the wine came through. The peanuts did help the texture and surprisingly worked well with the rest of the dish giving an extra dose of saltiness. We weren’t super into it which warranted a rating of 4/10. Side note I am aware the plating is not the greatest- Ian let me know about it after the fact 😅