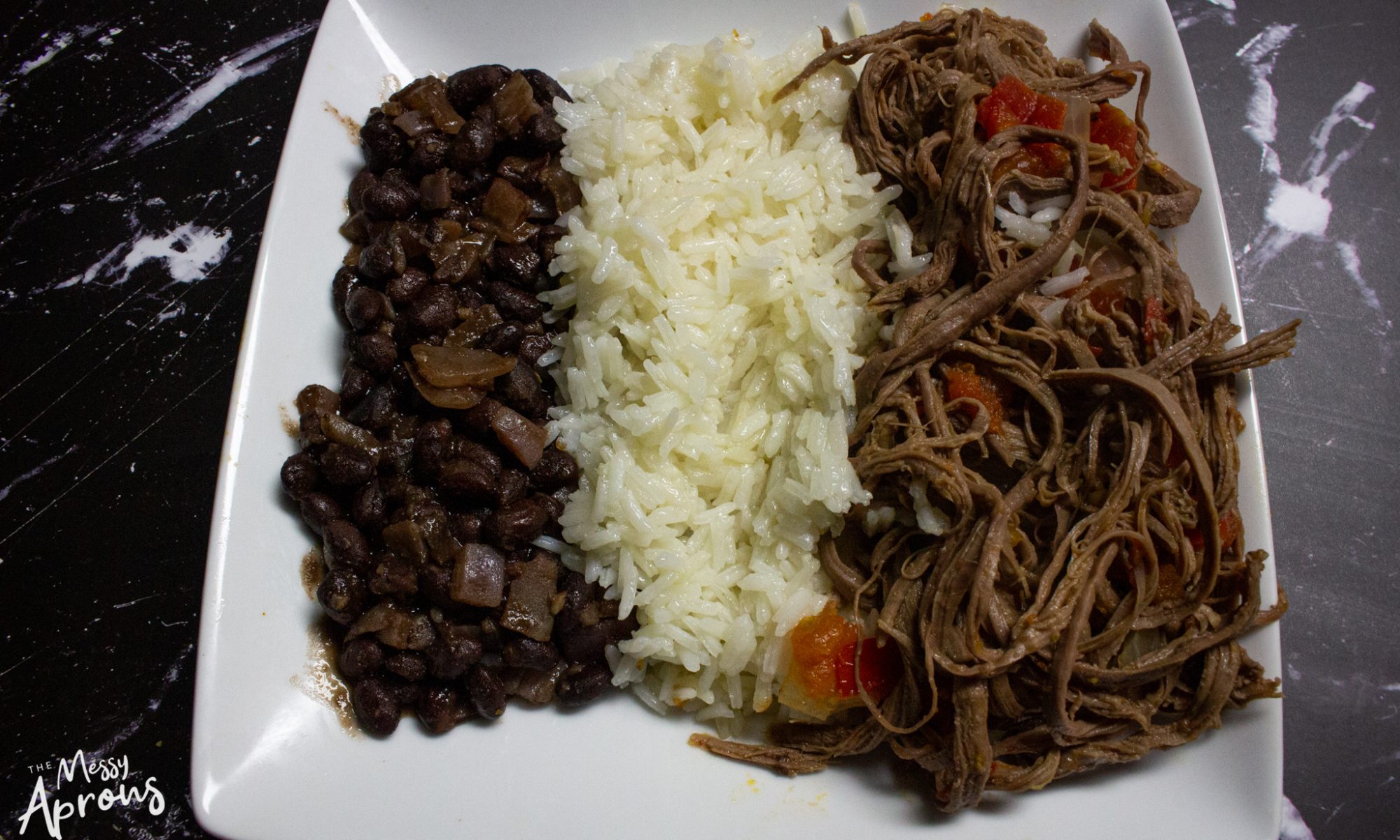 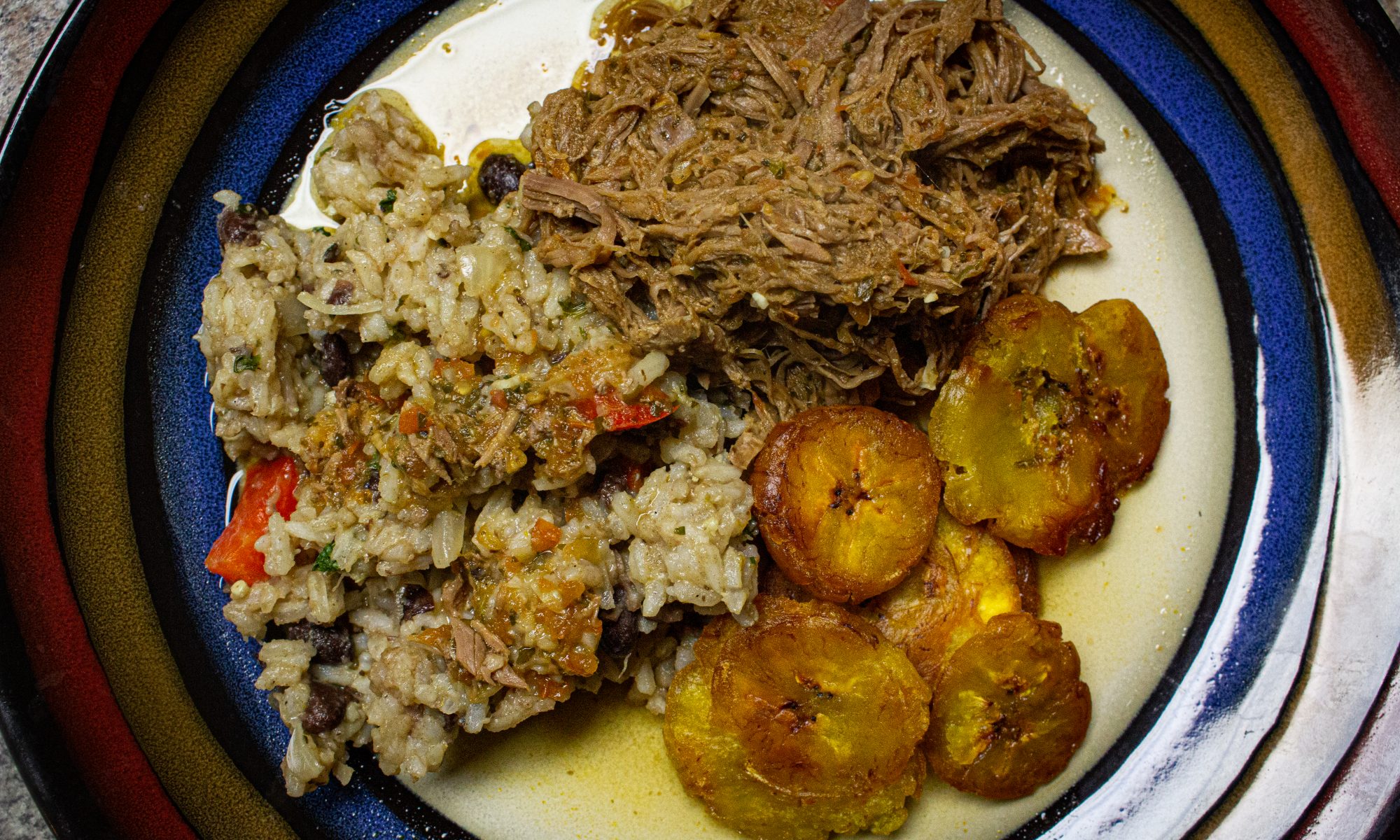 To close out the week we are in Costa Rica! I decided to make two dishes that are very popular in the Costa Rican diet. Costa Rica is found in Central America and is known as the hummingbird capital with over 50 species native to the region. It is full of spectacular nature, an overwhelming amount of insects, and active volcanos. This country has it all- amazing views and food!

The first portion of this meal is carne en salsa – a shredded beef dish that soaks up a flavorful red sauce. The finely shredded beef is very versatile and could be used for tacos, tamales, sandwiches or even nachos! I was able to find the highly recommended Salsa Lizano on Etsy which helped give the meat and rice a wonderfully sweet and smoky flavor. This sauce has been a Costa Rican staple for over 100 years!

The recipe I used for the lovely carne en salsa can be found here. This blog also has a separate link for the preparation prior to the shredding. If you don’t have an Instant Pot I would recommend slow cooking the beef for 6-8 hours or until it easily shreds.

For the second part of this dish I decided to make the national dish of Costa Rica- Gallo Pinto. Gallo pinto translates to spotted rooster and was likely given this name due to its contrasting appearance. Nicaragua also claims this dish as its own, however it is controversial.

I used this recipe which was very easy to follow. It required 1/2 of cup of the locally made sauce, but have no fear Worchester sauce is a good substitute. This paired well with the beef and once again seemed like a dish that could be used for many different meals. In Costa Rica it’s commonly served up with eggs for breakfast.

Additionally I fried up some plantains which brought a wonderful crunch to the dish. This meal was well balanced and honestly one of my favorites! It was pretty straight forward to prepare and not too time consuming. Another bonus is how each element could be used in various dishes or stand out alone.

We could not recommend this meal more and gave it an 8.5/10 rating (definitely suggest frying some green plantains as well). Next on the menu is Guyana 😊 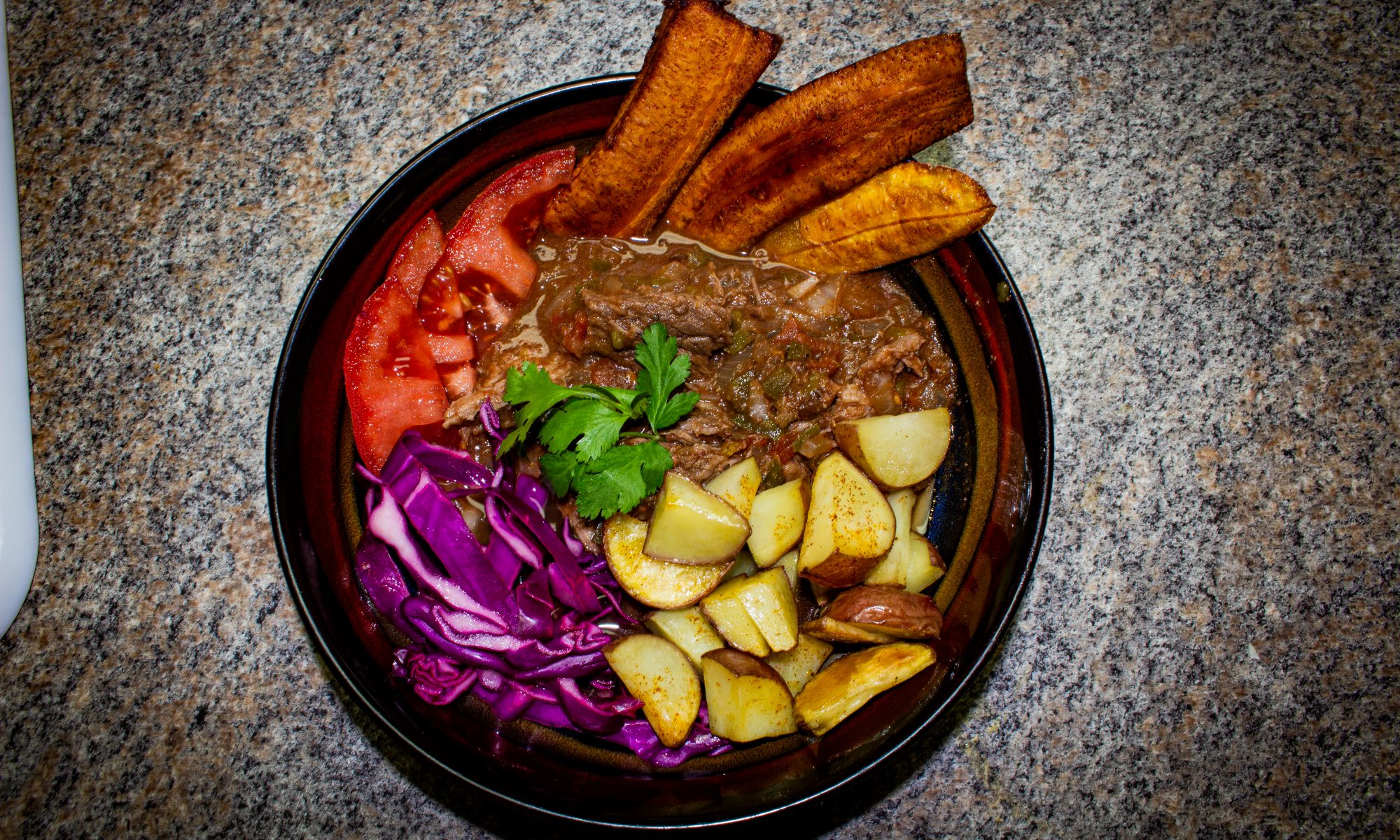 Hello! Today we are in Cuba and will be taking a shot at another national dish. Cuba is home to passionate son music, cigars, and classic cars. These cars can be found all over the country, especially in Havana and are a popular tourist attraction. There are two reasons why classic cars dominate the country- one being the cars and parts ban from 1959-2016 from any foreign country or US; second being the cost of buying new cars is not affordable for most citizens. Since the ban Cubans had to become crafty with their car upkeep and often painted their cars bright colors to hide panel and body work.

Ropa Vieja, the national dish of Cuba, is also popular throughout the Caribbean. This meal consists of slow cooked beef in a slightly spicy, tomato based sauce. This dish originated in the Canary Islands of Spain and with colonization brought Spanish influence to Cuba. Unfortunately with the beef restrictions in Cuba, it is not cooked as often as it once did.

The Roasted Root had a great recipe that allowed me to break out my Instant Pot again (slow cooker works as well). I love me some plantains and was happy to fry some up to accompany the beef. We loved the meal and thought it was very satisfying with all the different elements working well together. The cabbage especially brought a beautiful pop of color to the dish.

We rated this dish 7.25/10 between the two of us, the meat being the stand out aspect of the dish. Come back in a few days for a classic comfort food from Bangladesh.