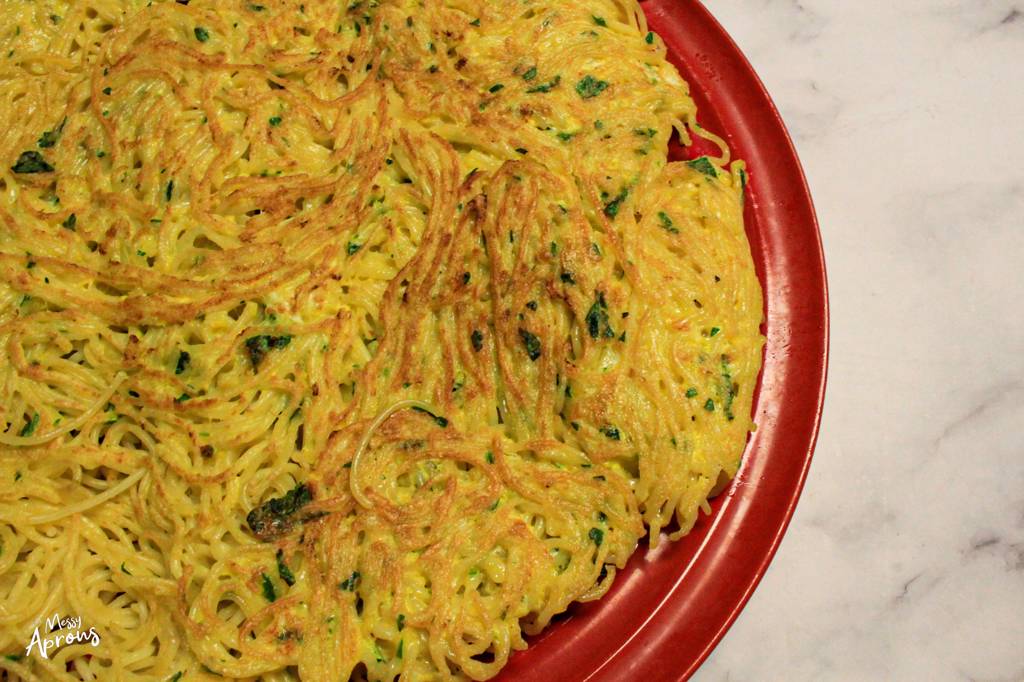 Bringing us to our 106th country is Malta, a small country situated in the central Mediterranean Sea off the coast of Sicily and North Africa. Prior to its’ independence in 1964 Malta was apart of the British Empire. Malta is approximately 121 sq miles with a population of just over 500k people spread across 3 islands. On the island Gozo there are ancient ruins that date back to 3,600 B.C, which is older than Stonehedge! The country is full of history and delicious food.

Maltese cuisine is influenced by several surrounding countries including Italy, Spain, Provence (France), and other countries of the Mediterranean. Since Malta is a small network of islands it relies on importing the majority of its goods and with its location the country receives goods from its’ neighboring countries. The national dish of Malta is rabbit stew or stuffat tal-fenek, but since there is no rabbit in the grocery stores we made another dish that is special to Malta.

The dish we will be making today is a Maltese omelet or as it is known in Malta as froġa tat-tarja. It shows its influence from the Italian frittati di pasta which has the core ingredients of egg, parmesan, and pasta. I was unable to find a back story to the dish but I believe a good possibility could be someone mixing together leftover ingredients and voila an inexpensive dish was born. The recipe I used as a guide can be found here.

Preparation didn’t take long, just simple cooking skills were required- I hope you all know how to cook pasta and beat eggs! I was able to get some farm fresh eggs from my coworkers farm, this makes all the difference. While the pasta was cooking I beat the eggs, cut the parsley, and grated the cheese. This meal a good one to try during the work week since it isn’t time consuming. Another bonus is the simplicity of ingredients which many have as staples in their home. One thing that was a little difficult for me was flipping the omelet. Due to its heft and my lack of flipping finesse I placed a plate on top of the skillet so that once I flipped it over it was on the plate and I slid it back to the skillet. The omelet wanted to break apart so make sure to take care when plating!

This was truly unique and was actually recommended by a fellow Instagramer who shares the same passion for food as I do. He is from Malta and said this was a dish we had to try! The flavors of the parsley, parmesan, and egg was nice and light however without sauce it was more on the dry side. With addition of classic tomato sauce it was like a crunchy spaghetti! Although it looked really pretty on the plate we rated it 6.25/10 on average. We appreciate trying a dish that is so different than the rest!