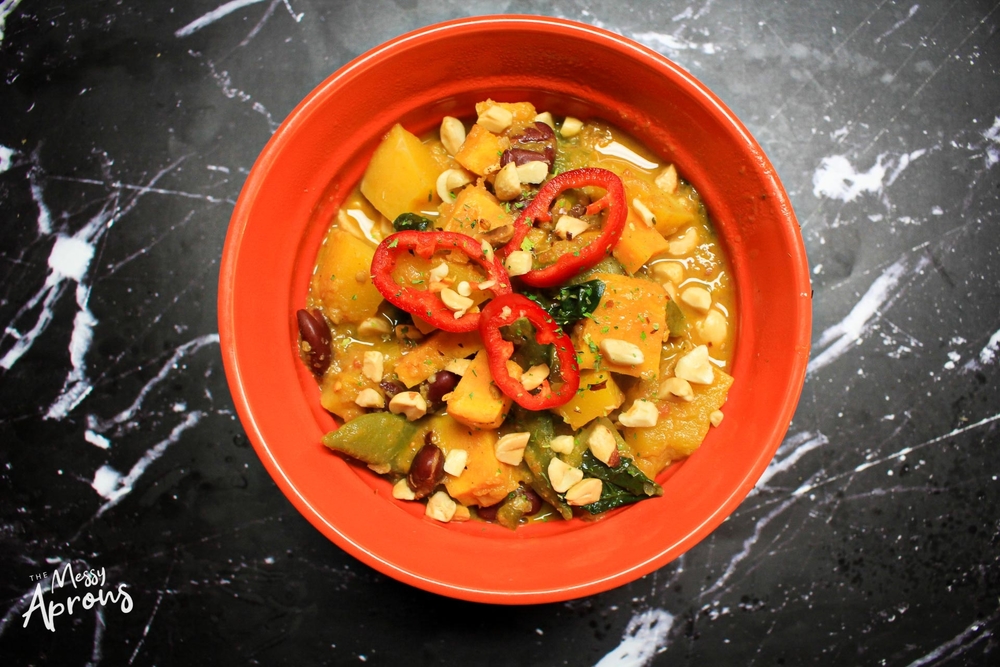 Hey fellow foodies, today we are in The Gambia. You can find this country tucked inside Senegal and has a unique shape that surrounds the Gambia River. It is the smallest non-island country and measures 30 miles across at its widest! Although the country is small it has over 500 species of birds and a beautiful 50 miles of coastline. The majority of the country’s income is dependent on its agriculture which consists of sorghum, peanuts, millet, and rice.

The Gambia is apart of West Africa which shares a cuisine consisting of grains, peanuts, local vegetables, and seafood (if bordering the coast). As we know from our previous taste bud travels peanut butter is used often in African cuisine to thicken stews or even potatoes- you can see that dish here. The dish I made tonight is a Western African dish consisting of some of my favorite things. You can find that recipe here.

We’ve got another week night meal folks! It was a breeze to cook and I didn’t have to make any modifications. This dish smelled incredible while it was cooking and I was super excited for the end result (mostly because of the peanut butter).

I LOVED THIS DISH! Peanut butter hell yes! I get so pumped about dishes with that good ole PB and this one did not disappoint! Although I was much more excited than Ian he thought it was another delectable dish that was creamy and savory comfort dish. The ginger and pepper brought a nice mild warmth that just tied it all together. On top of that it was a vegan dish! How incredible. I rated the meal higher than Ian, but it still got the high marks of 9.25/10. 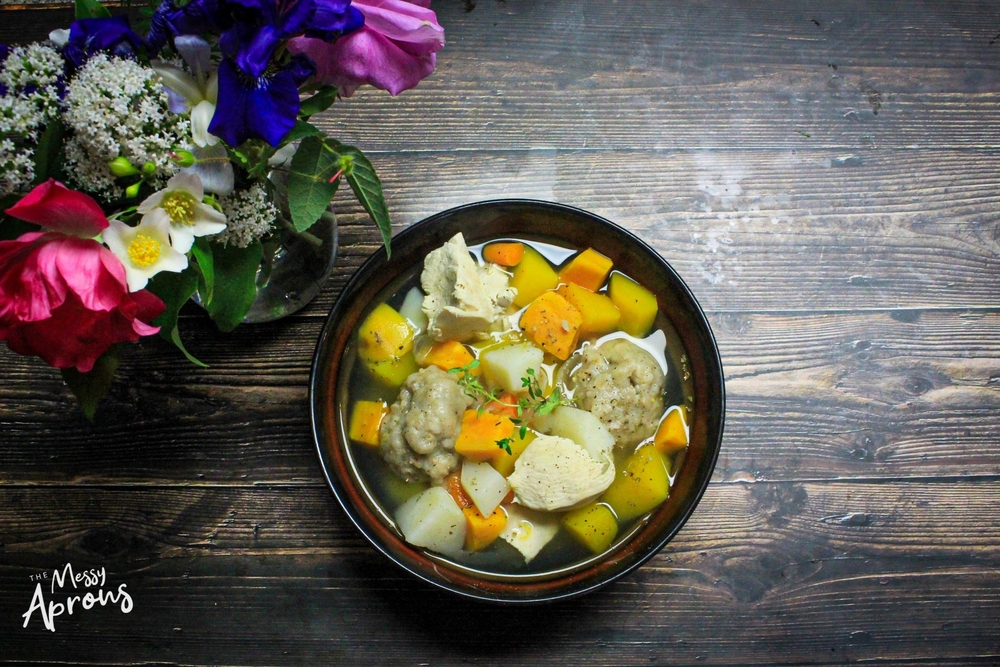 Barbados is a beautiful Caribbean island that sits close to St. Lucia, Grenada, and St. Vincent and the Grenadines. It gained independence in 1966 from England and is roughly 2.5 x the size of Washington D.C. Like other tropical islands it has its own sandy white beaches and dense rainforests that are vacation worthy. Its largest exports are rum, sugar, and molasses.

The cuisine of Barbados consists of marinated meats such as seafood, pork or chicken, and native vegetables and fruits. You can find a combination of English, Portuguese, and French cuisine influences here, however they like to but their own twist to it. The national dish is cou-cou (native fungus) and flying fish (native fish) which I obviously can’t try, but I found a soup recipe that seems to be pretty popular on the island.. chicken and dumpling soup. I made The Foot Mashup‘s version of this classic dish which has spiced oatmeal dumplings in a soup filled with squash, chicken and various potatoes and veggies. This kind of soup can be found throughout the Caribbean and is a typical comfort meal on the weekends.

The preparation was to be expected for a soup and involved plenty of time to wash, peel, cut and cook all the vegetables/chicken. The dumpling formation was a little tricky (and not as neat as the post) however I got the little suckers to stay clumped together. If you just follow the directions it is pretty straight forward to make. I was very tempted to add additional spices into the broth since this soup screams fall time to me.. I restrained myself.

One hack to save myself time was to cook the split peas in the Instant Pot for 15 minutes and have a 15 minute release. The water to pea ratio is 3:1 cups.

This was the first time I had dumplings in a soup and I was impressed. Of course we loved the spice that the dumplings brought, I couldn’t help but think of the autumn. As nice as the dumplings tasted, we thought it was a new and weird texture. The soup was good, but nothing out of the ordinary other than it had a whole lot of potatoes. I think if there was more herbs, spices, and maybe more contrasting textures the soup would have been rated higher. We thought it deserved 7/10.