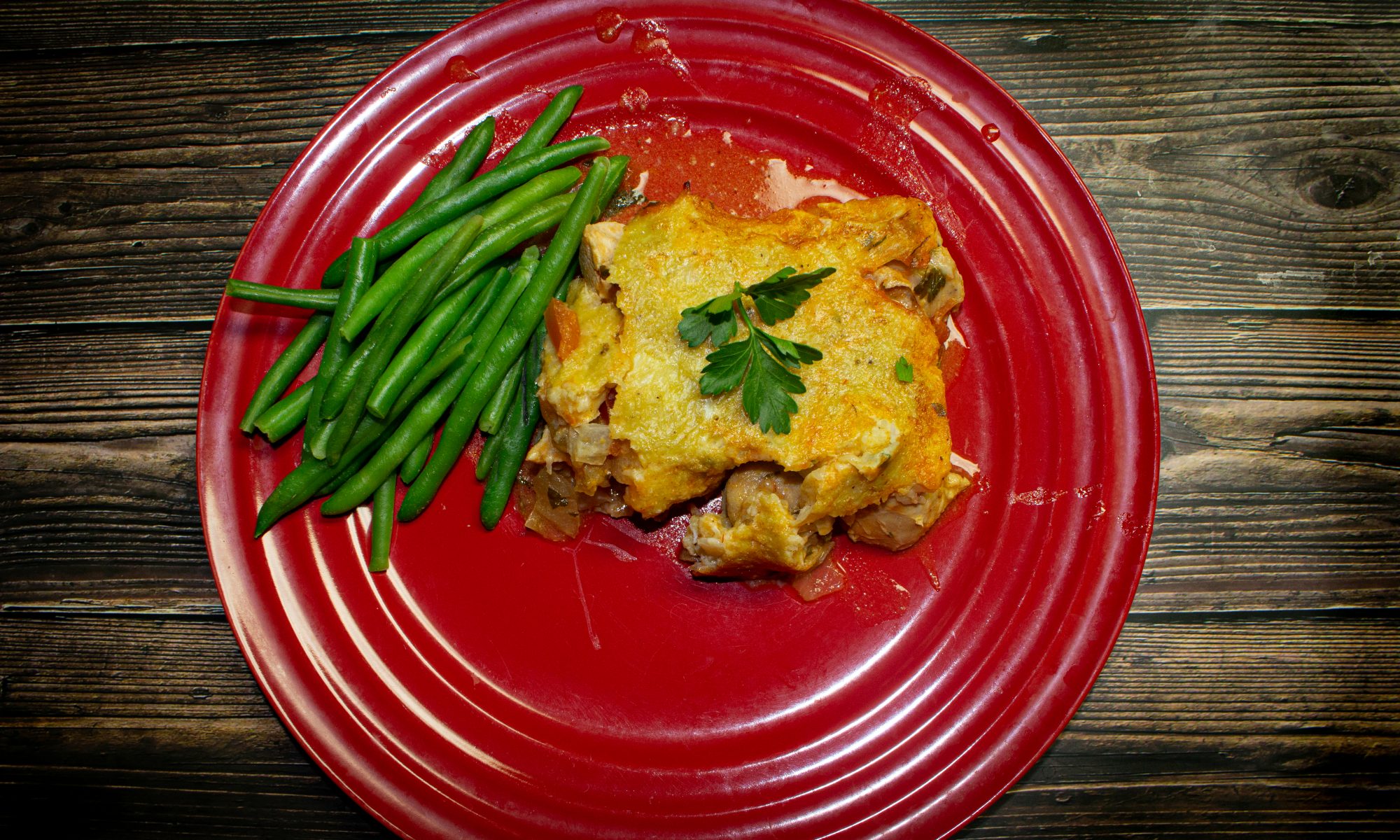 We are finally circling back to South America to Suriname. Suriname is found in the Northern part of the country bordered by Guyana, French Guinea, and Brazil. 80% of the country is made up of rainforests and is home to 467 species. One of these being the world’s deadliest poison dart frog which can only be found in these forests. Suriname is a large exporter of gold making up 67% of South America total exports.

Today I made a dish known as Pom which is a very well known dish in Suriname. It has Jewish and Creole origins and was introduced by the Jewish-Portuguese plantain owners in the 17th century as a potato oven dish. The dish was adapted to the Surinamese culture by substituting potatoes that were difficult to grow in this region with the root of pomtajer which is a native root vegetable.

Pom is made up of three main ingredients: citrus juices (commonly orange with lemon or lime), chicken, and pomtajer (or potato). The use of citrus juice when cooking chicken is how Jewish cooks “cleansed chicken of their smell.”

I had also read with my research on this dish that how a woman prepares this dish for the first time is a rite of passage into the Surinamese culture and a wife’s success can be measured on how well she can make pom. No pressure.. 😅

I found the recipe relatively straight forward, but was glad I made it on my day off as it was a time consuming process. I did use a combination of chicken breast and chicken apple sausage (Creole version).

We thought the orange juice was the stand out of this dish and definitely dominated our palettes. I would taste some of the other flavors like the sweetness of the chicken sausage or mild spice of the relish, but orange was the one that dominated the others. I feel like after my research that I should have had a thicker potato crust and slightly less juice so I could have experienced a nice crisp top layer.

We ended up rating the dish 6.75/10, Ian rating it higher than myself for above reasons. Let us know what you think if you try to recreate the Suriname sensation!