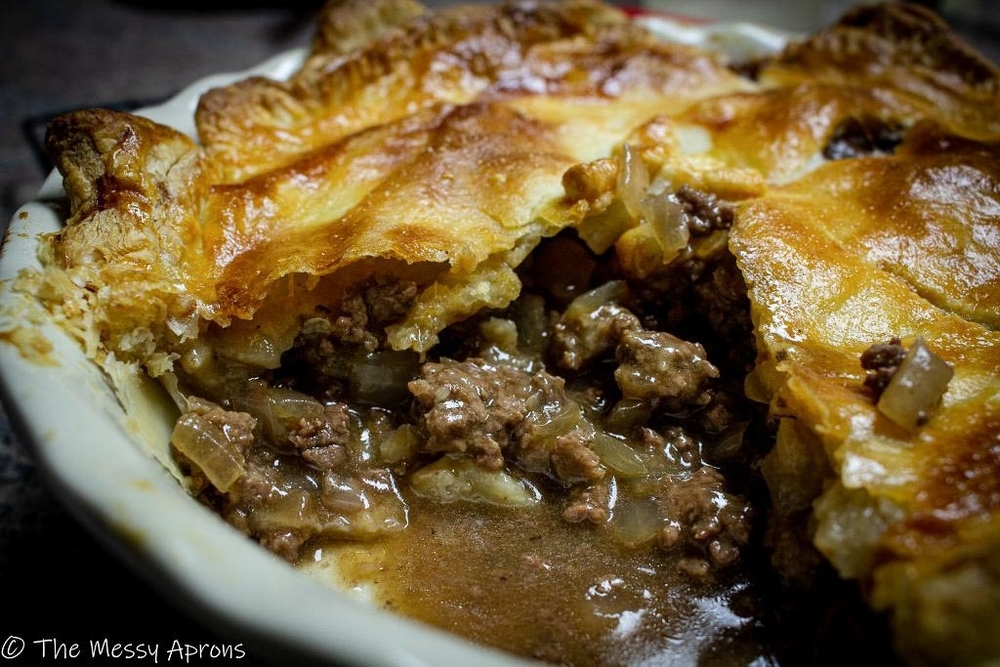 For the first country I will be bringing you down under to the Australian Outback! We will be trying four different traditional dishes and to kick things off I give you the traditional Aussie Meat Pie. These pies are often hand-sized and filled traditionally with ground or minced meat, gravy, and topped with tomato sauce and/or mashed potatoes (how could it not taste good?). These yummy delights can be found in supermarkets, restaurants and pie stalls throughout Australia.

A little back story on the meat pie..

Although England is thought to be the creator of these personal pies, the origins trace back to ancient Greece and Egypt. Because there were no baking dishes at the time, the purpose of the pastry was meant to be a container for the meat which left the exterior inedible and tough (don’t worry this pie crust is totally edible). In the Medieval times, England sold these small pies on the streets making them affordable even for the poor. The rich and royal often added many more spices and used a large variety of meats such as boar and venison to fill their pies. Meat pies became a celebratory staple in the 1800s for citizens of all classes.

Once settlers first arrived to Australia in the early 1800s they solely relied on what was brought over with them from overseas. Over the next 6 years steam mills started to pop up over Sydney making wheat flour. At this time, the meat pies were being adapted to the Australian culture. From pie carts in the mid 1800s and big meat pie businesses eventually came the frozen pies for the modern microwave era.

Now onto the recipe!

I used this recipe for my pie although I did a few tweaks. I substituted a gravy packet instead of the beef bouillon cubes. I also made a simple sauce combining canned tomato sauce and herbs at medium heat in a sauce pan. This was then drizzled over the top of each pie slice like so (see below). As you can see I tried to make a little kangaroo on top to be a little extra.. Can I just say this was the only way to start off this blog? WOW do the Australians know how to make pie! We appreciated the savory and rich flavors of the gravy with the ground meat and spices. The nice crispy crust of the puff pastry was a nice contrast. Even the little bit of nutmeg made a wonderful influence on this dish. Ian and I rated this meal 7/10 and we can’t wait to try the next recipe! Talk to you all soon 😊