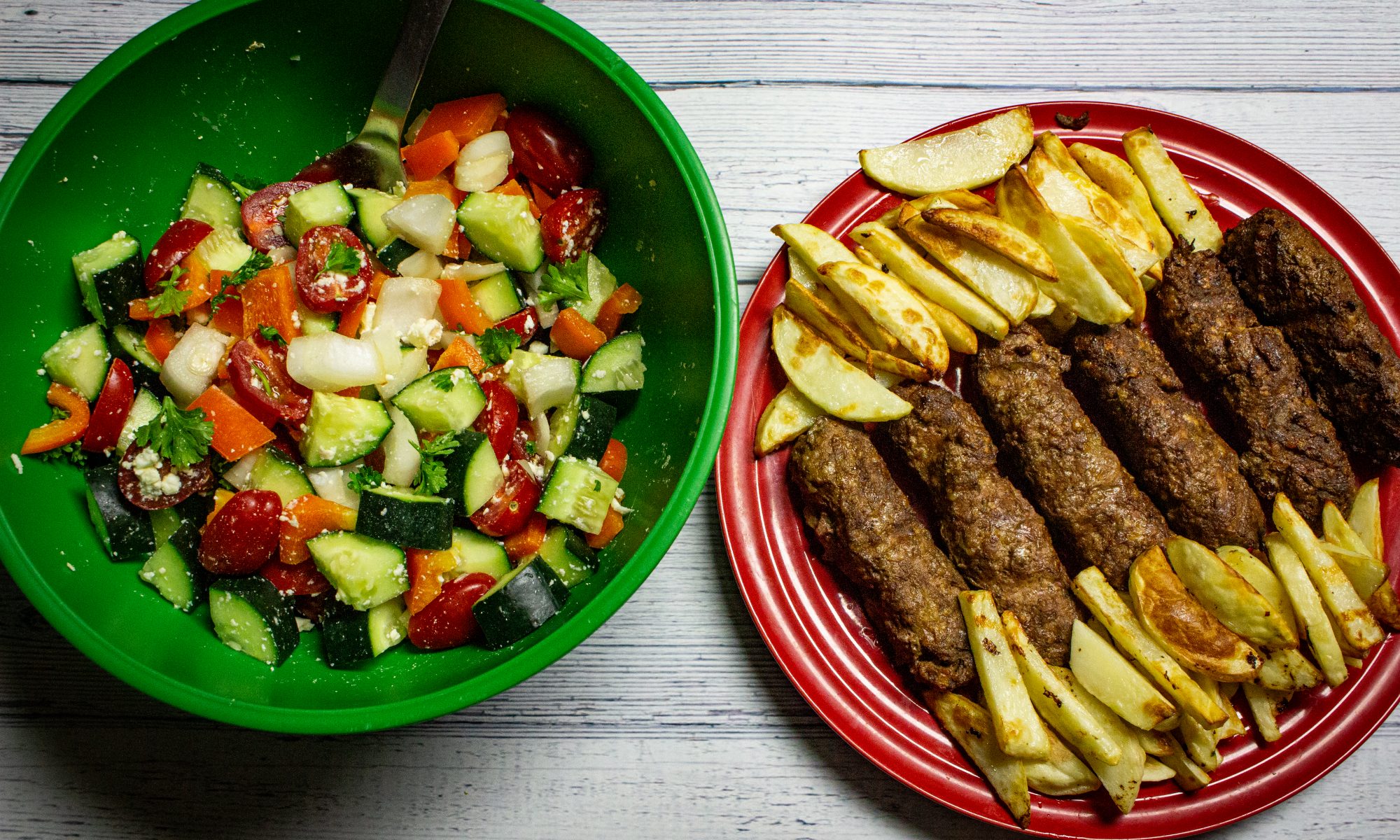 Onto our 28th country- Bulgaria! This Balkan country is known for having the second richest natural mineral springs, producing 85% of the world’s rose oil, and bordering the Black Sea. Bulgaria is also one of the oldest European countries estimated to by established in 681 A.D. This country has Greek, Ottoman, Persian, and Slavic influence that definitely impacts their cooking style and flavors.

For Bulgaria I made two smaller dishes that worked well together and are very traditional to the country. The first part of this meal is kebapcheta a minced beef sausage that is well seasoned with paprika, cumin, and a little bit of clove. The name kebapcheta is derived from the word kebab, -che meaning small aka small kebab! Typically they are served as three with a side of chips (fries).

The traditional way to cook these little guys in on a grill, but I decided to put my new air fryer to use! 8 minutes later and some flipping mid way they were done!

The second part of the meal was shopska salata, an easy to assemble salad that is made up of the three colors of the Bulgarian flag (I accidently grabbed an orange pepper, silly me) – red, green, and white! Chopped cucumber, tomatoes, pepper, and onion are the base of the meal. Parsley and a good amount of feta is mixed throughout. Vinaigrettes are great to use as a dressing, but any light dressing will work!

Together it makes a beautiful spread! We thought the meat was well seasoned, the salad was refreshing and crisp, and the fries obviously did not take away from the meal. It was quick and simple so this is another great option for week night cooking. We rated it 7/10.