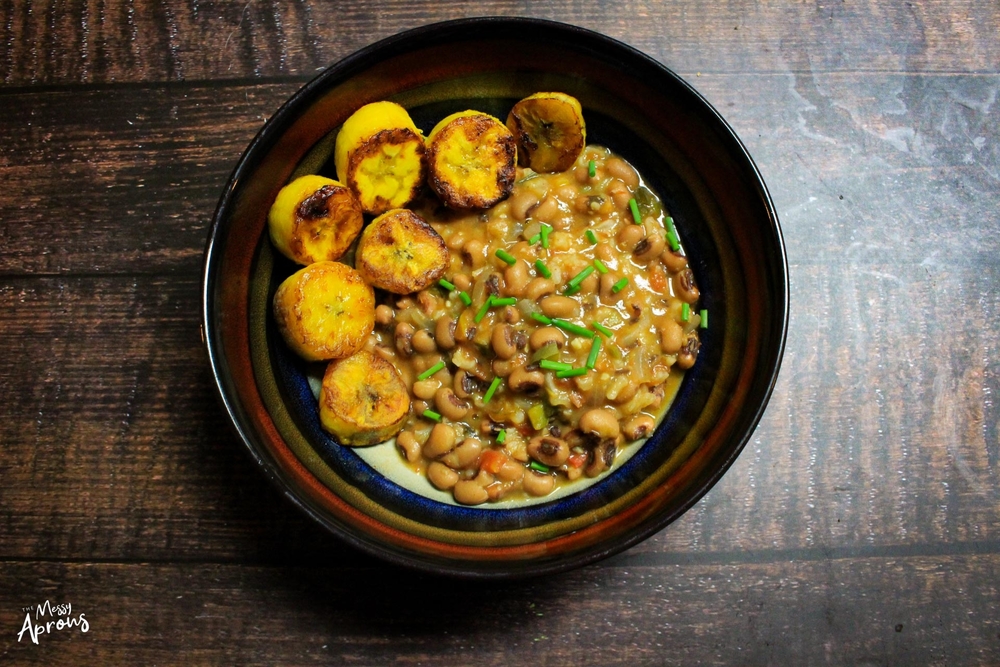 Today we are in Ghana, a West African country that borders the Ivory Coast, Togo, Burkina Faso, and the Gulf of Guinea. In 1957 Ghana became the first African-American country of the sub-Sahara to become independent from colonial rule. It is the second most populated country in this region of Africa with a large variety of ethnic groups. Due to its proximity to the equator the climate is either hot and dry or tropical and wet. Ghana is known for its gold production which is the largest in Africa. Love butterflies? Consider visiting Kakum National Park which is home to over 600 species!

The cuisine of Ghana always includes a starch of some sort, it usually being rice, plantains, maize, or cassava. The starches are often paired with soups or stews that primarily have vegetable bases. Meats and spices are also important to their cuisine. The dish I decided to make for Ghana is called red-red, also known as black eyed peas stew. This stew gets some heat from freshly grated ginger and habanero pepper. You can find this meatless meal here (which can be made vegetarian/vegan if vegetable broth is substituted).

Cooking was simple and allowed for me to multitask as I typically do. We substituted the habanero with jalapeno because we are wimps (sorry not sorry). I was able to find ripe plantains at the store and definitely felt comfortable with their preparation.

This was another unique dish. The plantains with beans was an interesting combination, but we thought it worked. It was actually nice to have the sweetness of the plantains contrast with the other savory elements. I didn’t think the rice was necessary with the peas. Marinated chicken or red meat would have paired well. We rated it 7/10.