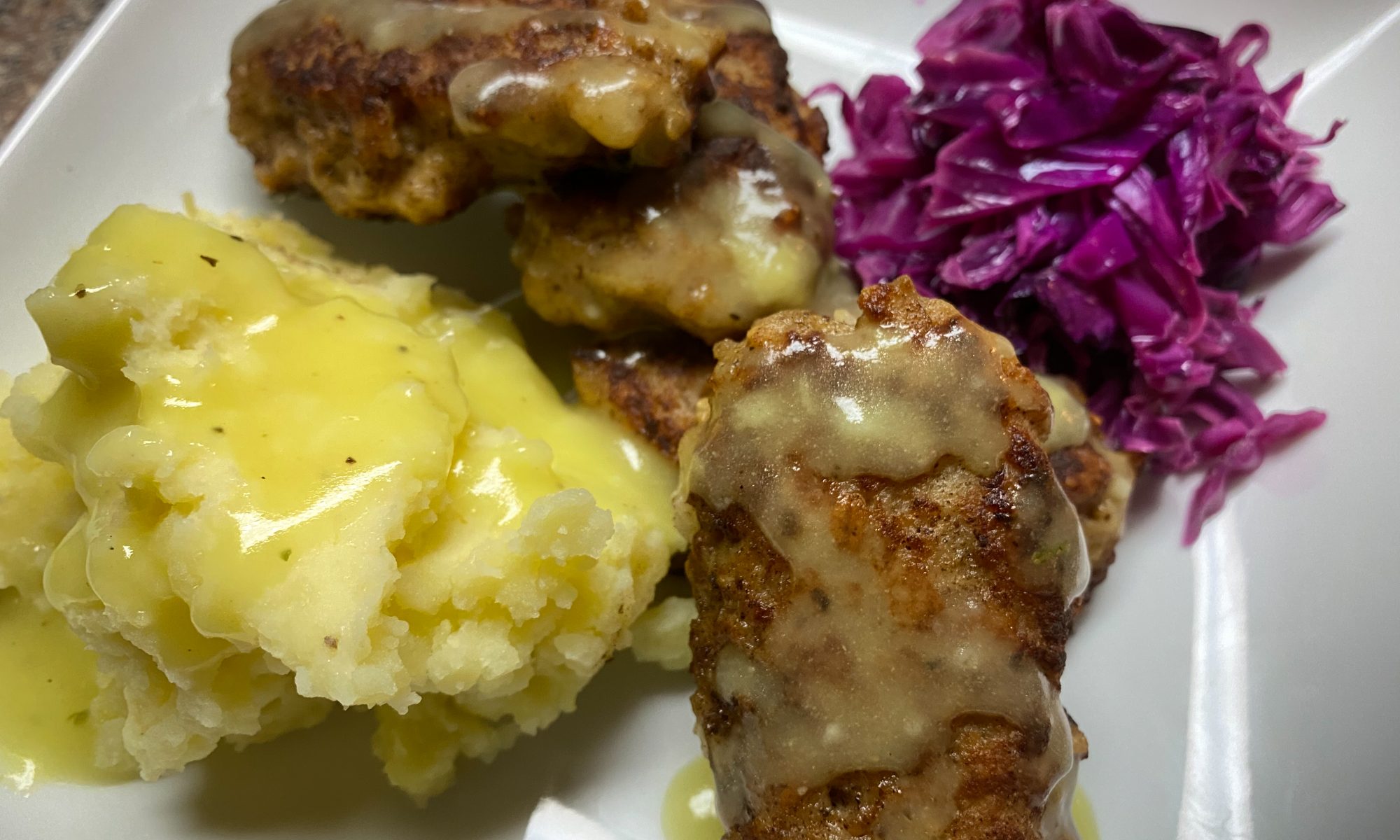 Denmark is a southern Scandinavian country composed of the Jutland Peninsula and other various islands. Because this region sits in the temperate zone, the area experiences varying weather and well-defined seasons.

Most notoriously known for it’s history of fierce, bearded, axe-wielding Vikings, Denmark is also home to some delicious food! We chose to take a crack at their traditional meatballs known as Frikadellar.

The general consensus is that Frikadellar originated from northern Germany. I found recipes throughout Germany and Scandinavia with small variations of a rather simple combination of veil, pork or beef, onions, eggs, milk, oatmeal, flour, and salt and pepper. Simply combine all the ingredients into a bowl and mix. Allow the mixture to consolidate in the fridge for anywhere from 30 minutes to a day. Once settled you can then form your meatballs and cook them on the stove top in butter or margarine. When sifting through recipes one may notice that these meatballs often appear more like meat patties. It’s said that the today’s hamburgers actually evolved from the frikadellar recipes of Hamburg Germany. So thank your favorite German with a “Danke”, the next time your appreciating a fine burger.

In addition to the meatballs, I made a basic gravy and mashed potatoes for a side, as well as another Danish specialty known as Rødkål- which is a red cabbage concoction that balanced this savory “meat and potatoes” kind of dish with notes of sweet and sour.

Our score for the Danish Meatballs: 7/10.