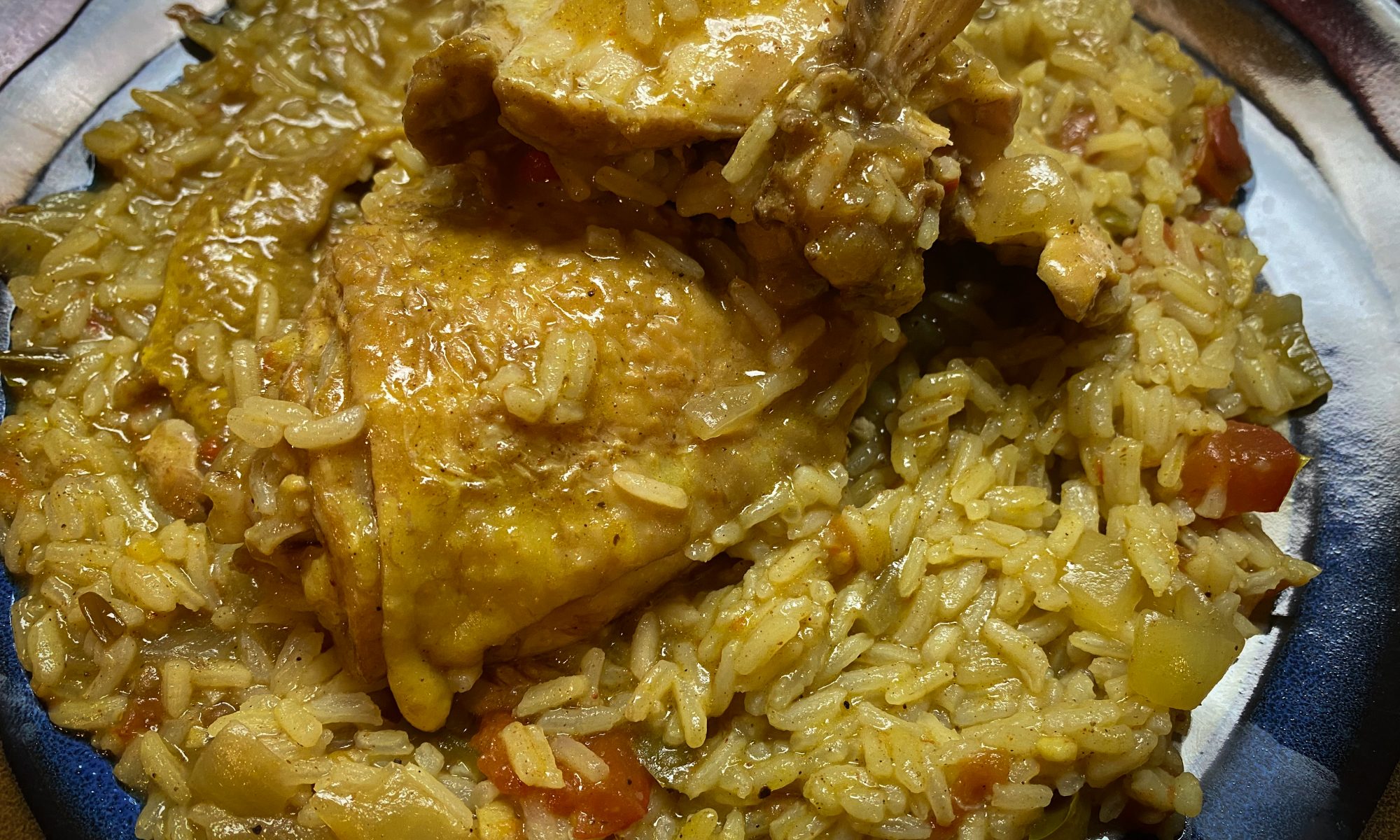 Kuwait is a small middle eastern county roughly the size of Hawaii. Its western border abuts Iraq and Saudi Arabia. The dry, hot desert climate is somewhat lessened by its eastern border along the Persian Gulf. The country is largely urban and its capital Kuwait City is home to some very unique and modern architecture. Alcohol is illegal in Kuwait, so nightlife is largely based on food… delicious food! If there is one dish to check all the boxes and has the power to transport your pallet to the middle east, it must be Machboos!

Although time-consuming to make, this dish has been our unanimous favorite since the start of this blog. The spice blend of Baharat packed an aromatic punch and had a profile of earthy, spicy, and sweet notes which paired nicely with the hotness of the pepper.

The slow simmering preparation, left the chicken falling from the bone and extremely tender. The jasmine rice absorbed the flavor-packed broth perfectly and transformed the meal from soup to a consistency that could be successfully served on a plate or in a bowl.

This had all the feelings of comfort food but didn’t leave us feeling groggy, bloated, or regretful. The spices are known to be chock full of antioxidants and anti-inflammatory properties. Do yourself a favor and just make it! Final score 9/10.

Machboos is a flavor bomb of a dish full of spice and depth of flavor. Once you have one bite you will be wanting more!
Print Recipe Pin Recipe
Prep Time 25 mins
Cook Time 1 hr 40 mins
Course Main Course
Cuisine Middle Eastern
Servings 4 people