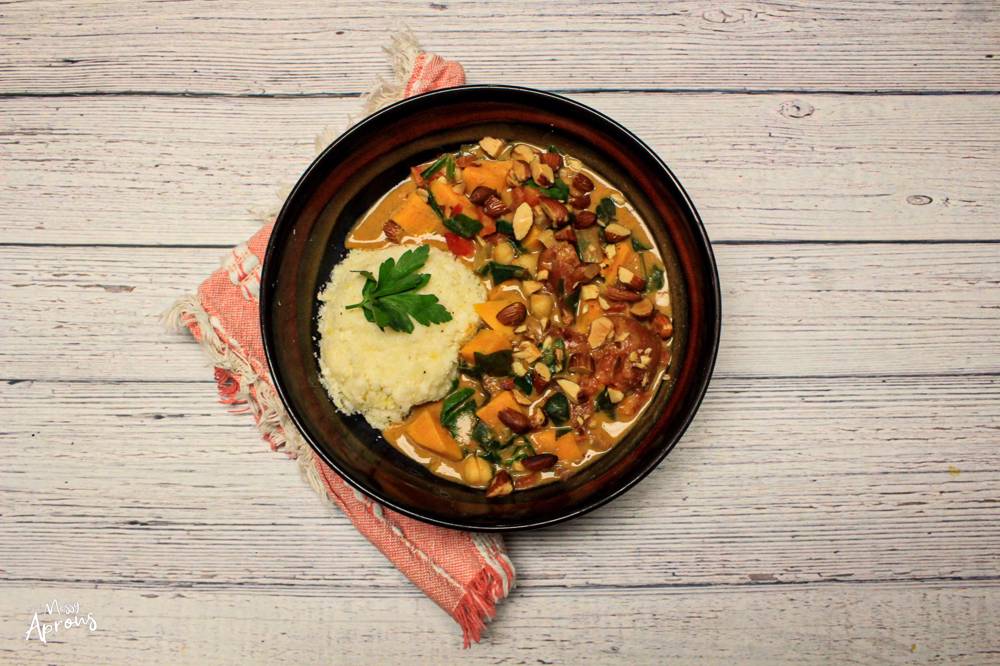 Today we are in Eswatini which was previously known as Swaziland. 50 years after gaining independence the country changed its name to Eswatini which is the original ancient name prior to the British rule. You can find this landlocked, African country situated between South Africa and Mozambique. Like the surrounding countries it is known as a safari hot spot due to having all five of the large “game” animals (lions, buffalos, elephants, leopards, and rhinos).

Eswatini cuisine is centered around vegetables and grains. Meat dishes, also known as inyama is reserved for special occasions which could include goats or chickens. Without access to the sea, fish and other seafood is not common. “Mealie meal” which is a maize grain is a staple to Swazis which can be eaten alone or paired with a stew to soak up the savory flavors.

The meal I chose to represent Eswatini vegetarian and includes ingredients that may be accessed on a more regular basis. This meal was inspired by someone who had volunteered for several months, a tomato based curry being a regular meal. The writer amped up the base of the meal and added Eswatini staples such as ginger and sweet potato to highlight the cuisine of the country. I also was happy to see I didn’t have to attempt another maize product as they seem to go wrong for me! You can check out the recipe here!

Cauliflower rice is something I am familiar with and is super simple, just makes a mess if you aren’t careful! The preparation and cooking was pretty straight forward. There wasn’t any arugula in the store so I got spinach instead. One way to save you time is get the canned version of the foods- there is no shame in that and it saves you on prep time. I used to always think fresher is better but with the grocery prices too.. this is the way (unless of course you can support a local farm stand!)

This one was really AMAZING- two words: almond butter! This dish had the perfect balance of sweetness and spice, the tomatoes were tangy, and the almonds brought a crisp crunch. We were blown away and plan to add this to our personal recipe collection! We rated it 9.75/10❤️