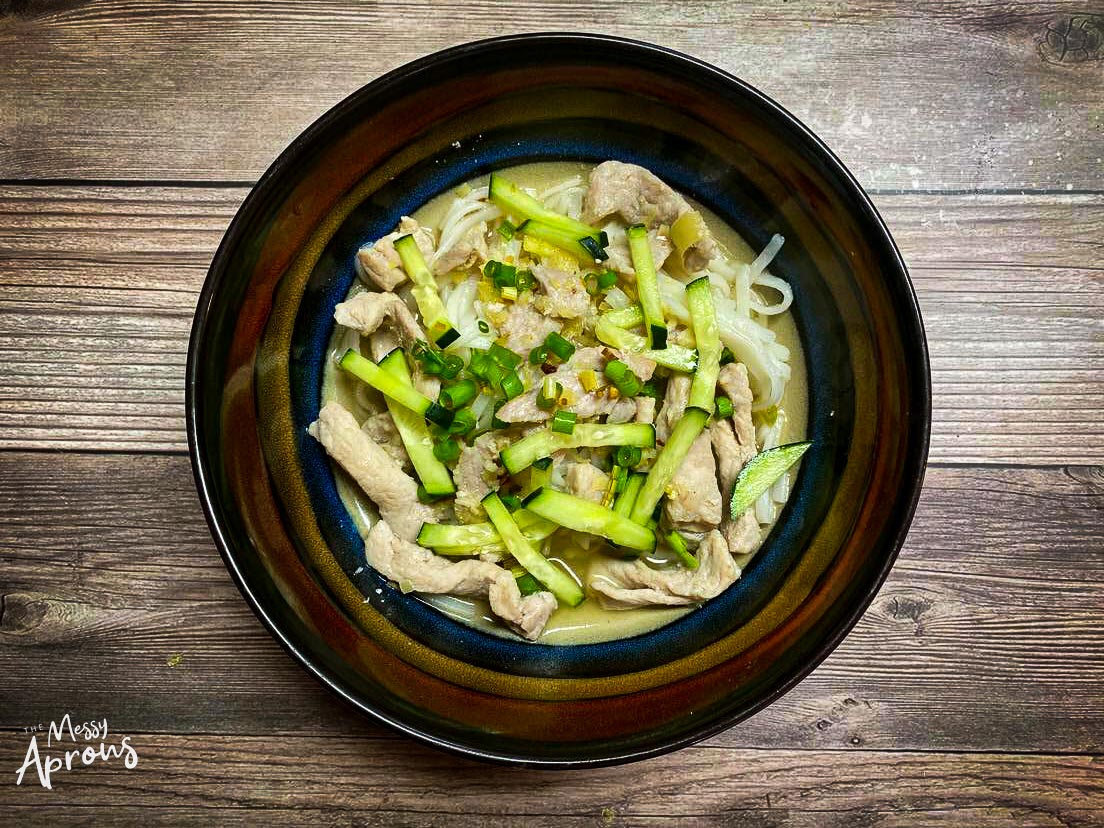 On our second day in Vietnam we made another traditional dish known as bún bò xả ot. This dish translates to beef with lemongrass and chili and is refreshing to eat in the heat of the summer. I opted to try some pork I had bought since I would be using beef another time this week. The recipe Ian followed can be found here.

Ian thought the dish was straightforward and an easy one to make during the week. He substituted crushed red pepper flakes instead of the chilis since we could not buy fresh ones at the store. He felt the amount of salt that was asked for made the cucumbers a little too salty.

We thought this dish was delicious! There was a strong presence of ginger and lemongrass with every bite which was well-balanced by the cucumber. The light fish broth was very good and helped keep the dish from being too spicy. It was a hair too salty for us (which is saying something coming from Ian!) but overall had good flavor and was a unique dish.

We rated it 7.5/10, it might have been higher with beef but I doubt it. Next we will attempt to make the Vietnamese crepe banh xeo.. to find out if we were successful or not stay tuned!