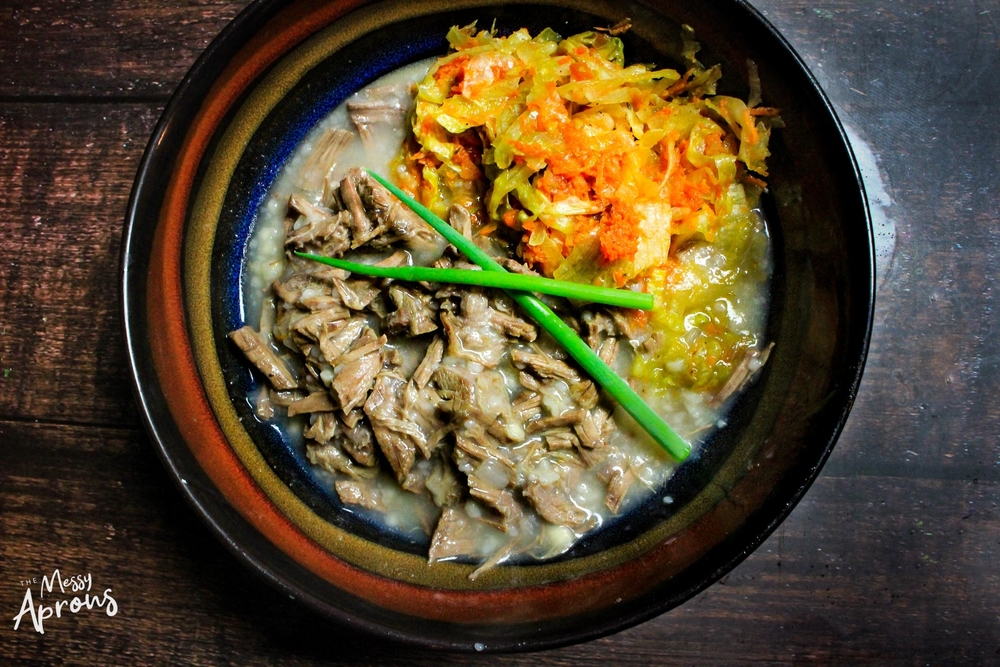 Hey guys welcome to #60.. Botswana of Southern Africa! This landlocked country can be found bordering Namibia, Zambia, Zimbabwe and South Africa. The country is mostly a desert climate, however it does have deltas and grasslands home to several species of wildlife. It is considered the most densely-populated elephant country in the world and can be found when visiting Chobe National Park. There are various ways to see these elephants in action- safari by jeep, boat, canoe, and by foot. Botswana is also known for its diamond production and is the biggest regarding their value.

Botswana cuisine is like surrounding countries of Southern Africa and contain various meats, grains, nuts, fruit, some vegetables, and tubers. The national dish of Botswana, seswaa, is a boiled or slow-cooked beef that is simply seasoned with salt. Once it is done cooking its pounded with a pestle until its broken into small, thin pieces. Today’s rendition includes a traditional cabbage and vegetable slaw, the recipe I used can be found here.

The meal was easy to make, I am definitely used to the boiling beef method by now. While that was boiling away it gave me plenty of time to prep the vegetables and cook the slaw! I was pleased to see there was a little more seasoning going on with the slaw.

To be honest I didn’t have high hopes for this dish and it didn’t have any elements that excited me. I understand this is traditional Botswanan cuisine, but I prefer my spices and flavor in my food. That being said it was a pretty good meal with a gravy that definitely gave the beef more flavor. The cabbage and carrot slaw was well seasoned. It was better than we had anticipated giving it a rating of 6.25/10.

Next week we visit Vietnam to try some classic dishes and a bonus dessert. Stay tuned my fellow foodies! 😋