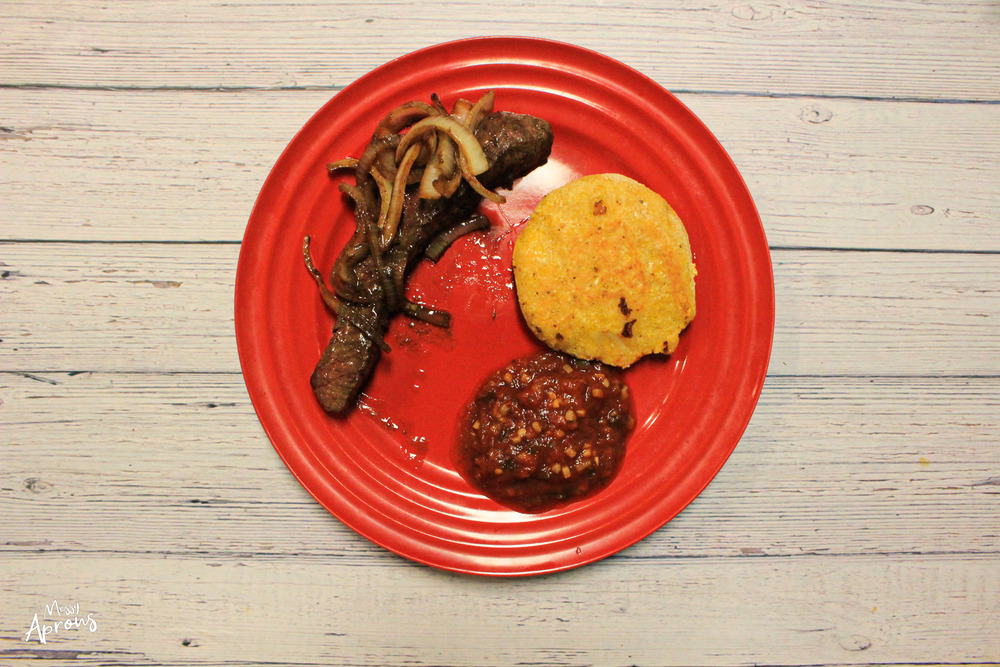 El Salvador, “The Savoir” in Spanish, is a small Central American country that borders Guatemala, Honduras, and the Pacific Ocean. El Salvador is also known by “the land of volcanos” due to it homing 20+, with two active volcanos that erupted last year.

Typical fare found here is influenced by the indigenous people and Spain. Maize is a main staple of the country and is used often in cooking. Cassava, beans, cheese, pork, and seafood are other main ingredients and loroco and isote are common seasonings. The national dish of El Salvador is pupusas which I attempted to make..

Pupusas are a thick batter with a stuffing either containing cheese, meat, vegetables, beans, or a combination. It’s popularity doesn’t stop here, it spans across the world as a tasty bite. Another indigenous recipe, they were thought to have originated from the Pipil tribe over 2000 years ago. The steak on the otherhand is another traditional and well loved Salvadorian classic with the flavor combo of yellow mustard and Worchester sauce. You can find the pupusa recipe here and steak recipe here.

I struggled to get the right consistency for the batter which you can see and I ended up adding more flour to get it more workable. The steak was straight forward. I can’t remember the salsa I got, but it was good!

Well, I failed at the pupusas.. so sad. I didn’t have the right grain/flour for it so mine didn’t stay together and was very cornbread-like. The steak had a unique sweetness to it. On a positive note we thought the salsa paired well with the pupusa “wannbe.” We rated it 6/10.. Oh well! That means we will have to circle back in the future and try something else to redeem ourselves!