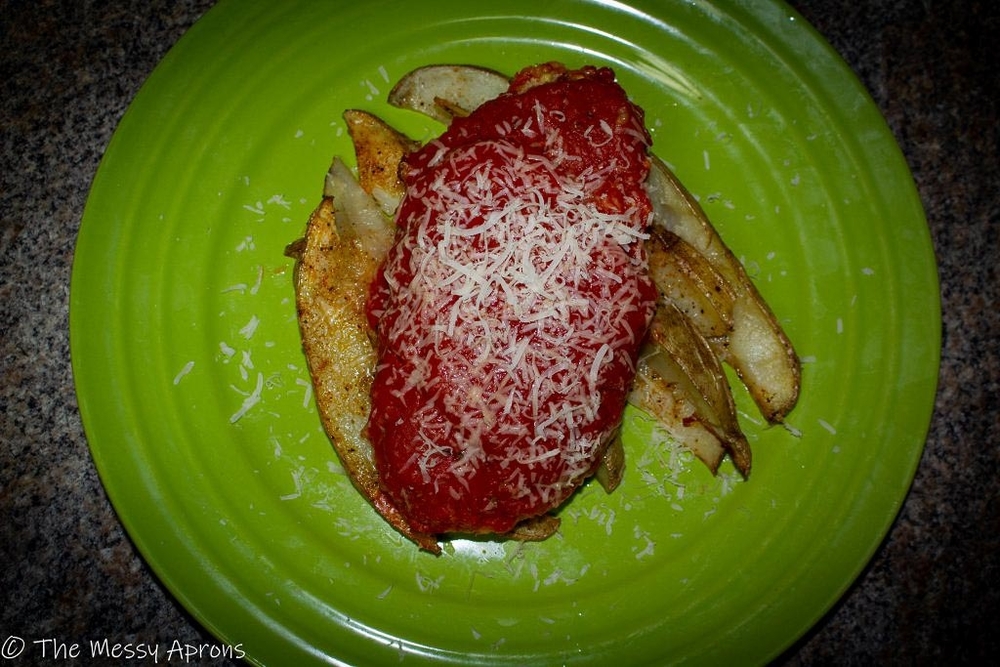 Next up for Australia week is Chicken Parmigiana, or “Parma”. You might be thinking – wait I thought that was Italian. You’re right, however this dish has become a popular pub food in Australia since the mid to late 1900s. Here you won’t see eggplant being used like it’s Italian ancestor, but often breaded chicken with melted cheese a top (or beside) chips. “Parma and pot” nights are common in pubs across the country which are accompanied by a beer. When first made in Australia veal was thought to be used, but at this time breaded chicken is what can be found on the menu.

I am a lover of the Italian version involving the breaded delights atop a mound of pasta (drools), but I was excited to try it the Aussie way. The recipe I referenced can be found here. I ended up making my own potato wedge fries which I seasoned with salt, pepper, and paprika. One modification I made was I had to double the amount of bread crumbs used to get the best results.

The final verdict? Another 7/10 rating. A delicious classic with a twist.