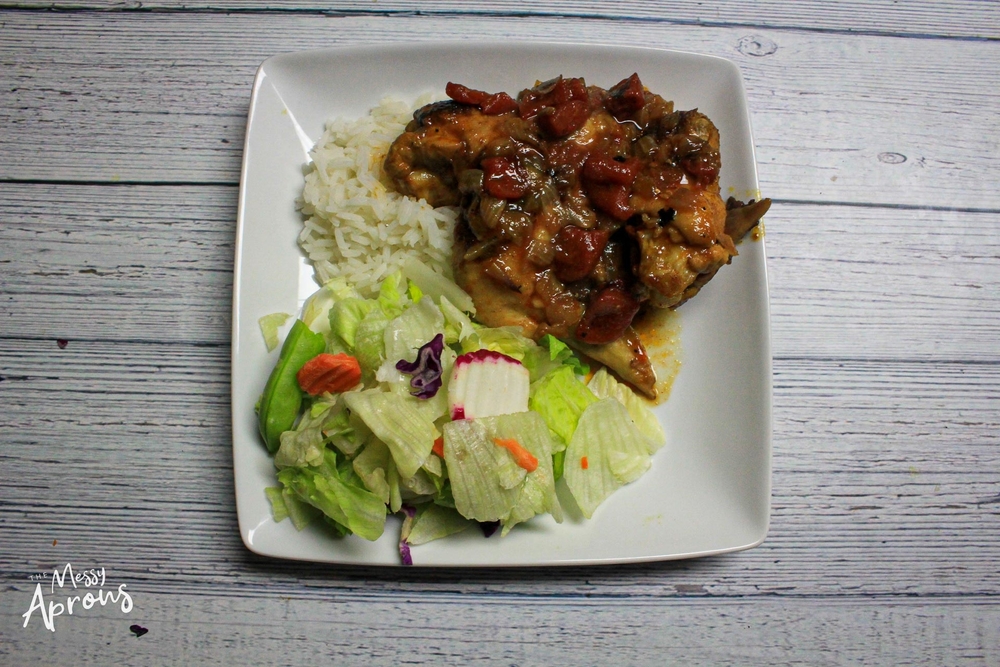 Today I make up for my spacy posts and do have a double post day. We head back to Africa to an island country I had never heard of..

Comoros is a volcanic archipelago made up of three major islands and several smaller situated in the Indian Ocean superior to Madagascar. Like Madagascar, it is a large producer of vanilla production (coming in second) and also exports the most ylang-ylang in the world (which is often used in perfume essence). French, Arabic, and Comorian are the three primary languages spoken here. Mount Karthala is an active volcano on the largest island of Comoros, Grande Comore island. If you are interested in visiting Comoros you may want to try scuba diving and snorkeling since it has some of the biggest coral atolls and diverse marine wildlife.

The cuisine of this smaller African country consists of several local ingredients including coconut, mango, pineapple, cassava and plantains. Fresh seafood is more commonly used as the protein of their meals, however chicken and goat is used as well. Rice, beans, and other grains also accompany their meals. For Comoros I made a dish that is better known as a popular street food mbawa ya tomati or chicken wings with tomatos. If you wish to try this dish you can find the recipe here.

This was yet another recipe I found easy to follow and did not require fancy ingredients. I found it difficult to find a cooking pan/pot that would fit all of the chicken, the cast iron wok is what I ended up using. To break up the meat focused meal I added a side salad.

Comoros brought us another flavorful sauce which was well absorbed by the rice and coated the crisp chicken wings. The sauce (from the liquid smoke since we didn’t have smoked paprika) was very BBQ-esque. It was simple yet delicious, something we can’t get enough of- we rated it 8/10.