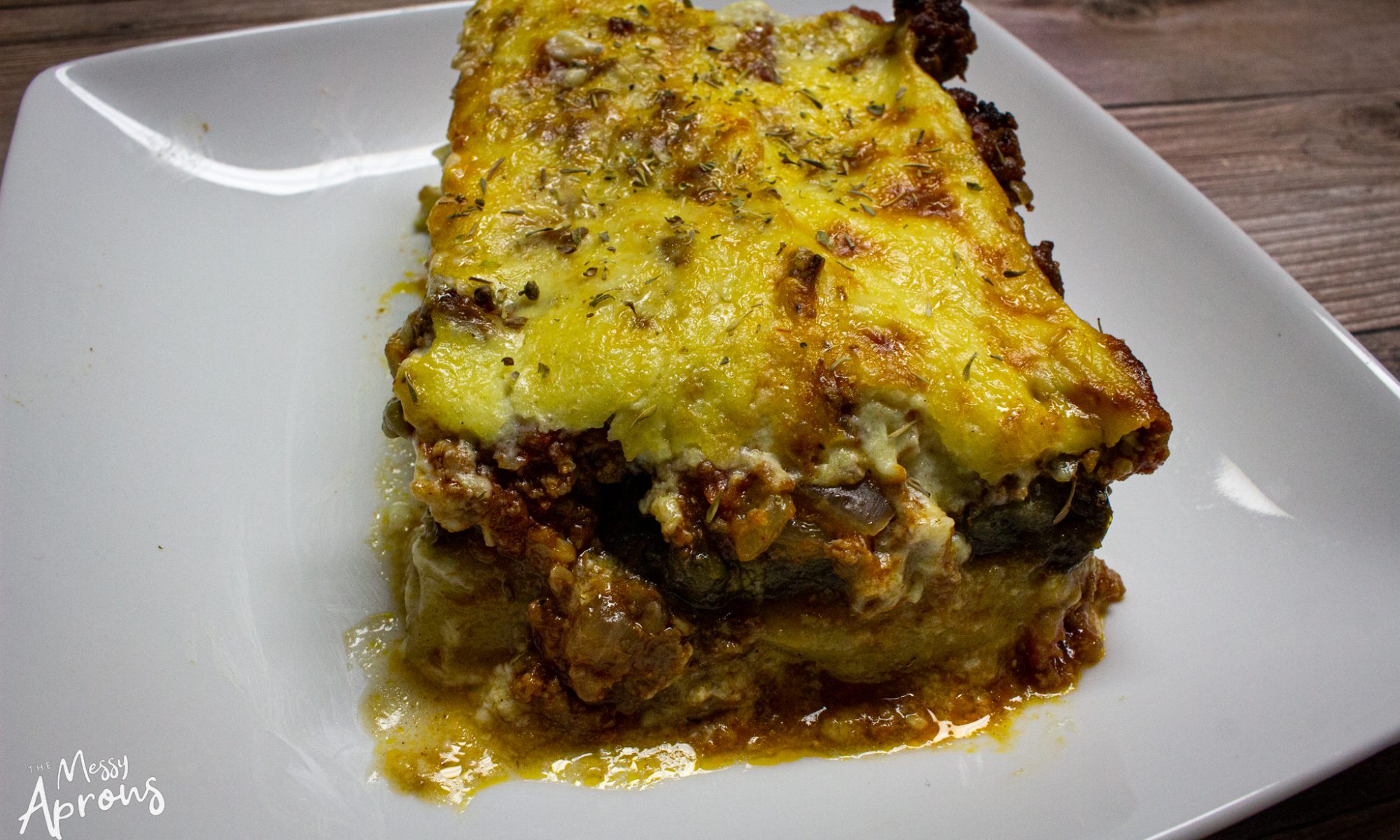 Ya sou! Welcome to Greece, a stunning European country not only known for the white buildings and Greek mythology, but as the cradle of western civilization. It’s capital Athens is over 3,400 years old and is where democracy was born. It has an impressive 9,942 miles of coastline and over 6,000 islands. Ian was fortunate enough to visit Greece and all its beauty in the fall of 2019. He will be making three Greek dishes later on this week.. as for me I will be starting with the traditional moussaka!

Moussaka is a classic Greek dish that is mostly made up of eggplant, potatoes, meat sauce and béchamel sauce. Most of us think of Greece when we think of this meal, however it is believed that it was created by Arabs which stars eggplant a vegetable they introduced to Europe. Moussaka is eaten by many throughout the Middle East and is prepared similar.

Nikos Tselementes, a Greek chef who was well educated on French cooking, decided to give the Middle Eastern dish some European flare by adding béchamel sauce. This is when the traditional Greek moussaka was born!

Béchamel sauce is at its core combination of a roux (butter and flour) and milk. To prepare the sauce in today’s dish 2 eggs and parmesan cheese were additions. The recipe I used can be found here.

To prepare the moussaka I layered a thin layer of béchamel sauce, potatoes, eggplant, the red meat sauce, and the remaining béchamel sauce with a healthy 😉 about of parmesan on top!

This meal was successful and very hearty. I would consider it a Greek “comfort food” with the sauces and potatoes. I loved the combination of both sauces. It was my first time eating it and I was not disappointed! We rated it 8/10.

Our next dish is a refreshing lemon soup that is light enough for a summer time gathering. Stay tuned 👀