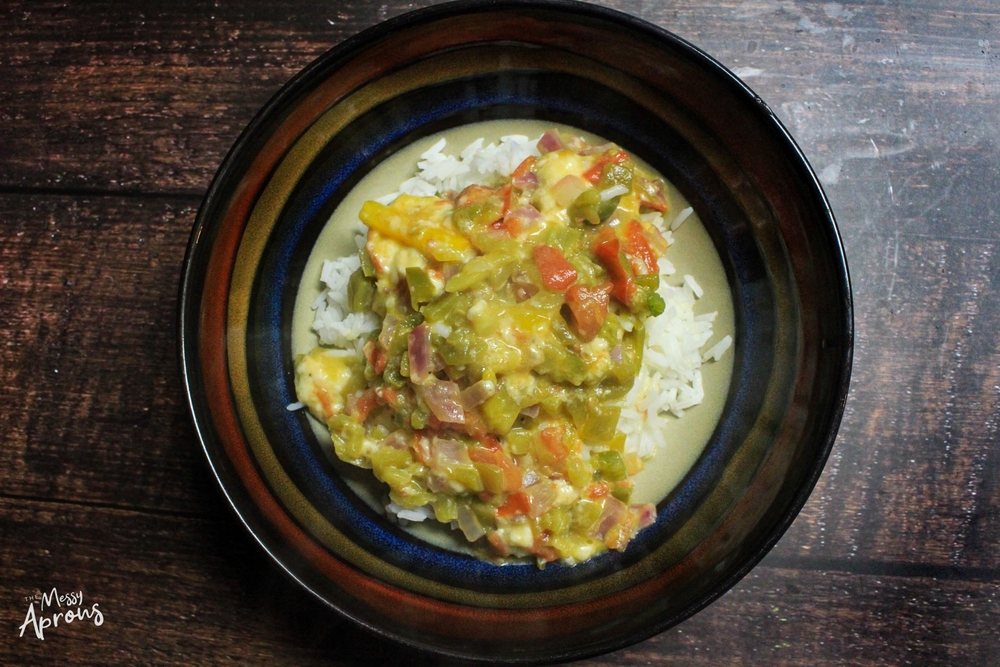 Welcome to elevated Bhutan, a peaceful Buddhist-loving country that is high in the clouds. The country borders China and India and nestles in Himalayan Mountains. The name Bhutan actually translates to “land of the thunder dragon” because of the intense thunder storms in the mountainous country. One gorgeous hot spot in the country is The Tiger’s Nest which is a monetary situated on the side of a mountain over 900m up. It is the only country that bans the sale of tobacco products and until 11 years ago banned TV and internet! The world’s the tallest unclimbed mountain can also be found here, Gangkhar Puensum which is a staggering 24,840 feet tall.

Cuisine here is a bit unique compared to its surrounding countries due to its harsh climate and high elevation. Rice is a typical base of most meals which could contain meat, root vegetables, chilis, onions, and beans. The national dish of Bhutan is ema datshi which is the mixture of chilis and a Bhutanese cheese called datshi (which can be substituted with yak cheese). There are different varieties that include meat or other vegetables, however the base is the same. You can find this dish accompanying many meals due to its popularity. You can find the recipe here.

Going into this I knew it might be a little too simple so we decided to add some ground meat to it as well for more sustenance. I used a combination of feta and cheddar to fill in for the traditional cheese- I did search for yak cheese. The great thing about this meal is that it was quick and easy, definitely something you could whip up during the work week!

So we tried this dish with and without the beef to experience it as close to the original as possible.. without the beef we found the dairy elements kept the dish from being too spicy. With the meat we thought it helped complete the meal and overall the cheese mixed well with all the elements. It was simple but good, although I don’t know if I see myself making this again. Ian liked it a little more than me so we give it an averaged rating of 7.5/10.