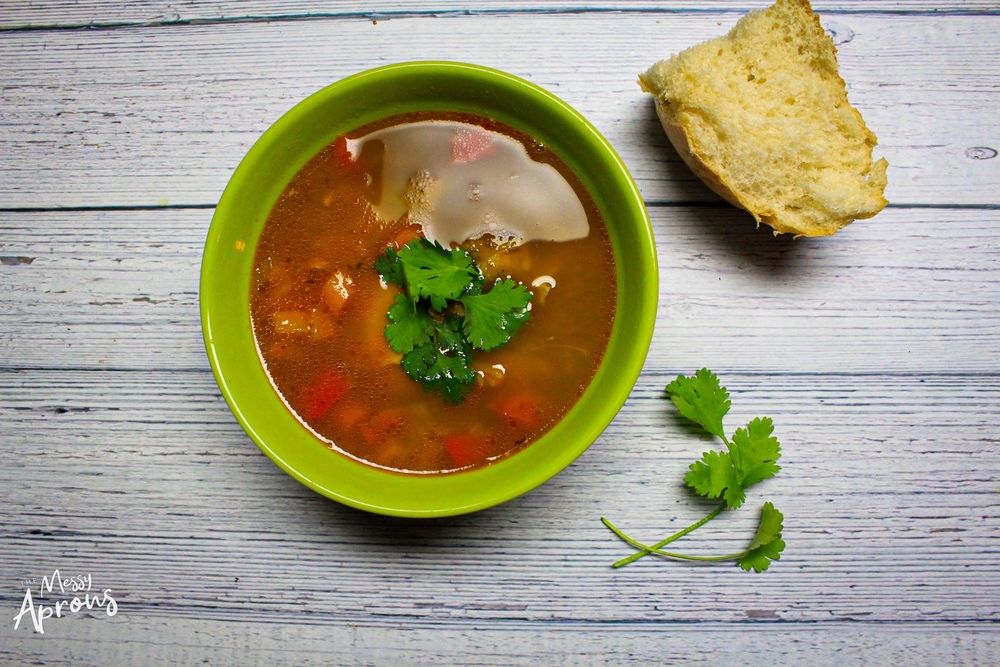 We are back in the Caribbean visiting the islands of Grenada. Grenada is made up of one larger, main island and surrounding smaller islands. It is also known as the “spice isle” due to the abundance of spice plantations on the main island. Some of these spices include allspice, nutmeg, turmeric, bay leaves, cinnamon, cloves, and ginger. Nutmeg is the most abundant here and is even featured on the country’s flag. Rum is another famous export of this mighty Caribbean country, that being said it is safe to say they know how to make a mean fruity rum drink (my drink of choice). This country is additionally known for its stunning beaches, beautiful botanical gardens, and refreshing waterfalls.

The cuisine of Grenada as one might expect is full of spice and local produce. Seafood and various farmed meats are often included in meals as well. The national dish of Grenada is oil down, a very ambitious and traditional dish that includes several ingredients I couldn’t get my hands on such as breadfruit, pig tails, and taro leaves. I opted out to make a chicken stew inspired by a traveler’s visit where they ate this in a Grenadian’s home. The recipe can be found here.

The meal was pretty straight forward and allowed for me to multitask while it simmered away. It’s great to have those meals where you just throw all the ingredients together in a pot and voila you’ve got a meal! I had a difficulty time removing the skins fully from the thighs, but I feel it gives the broth a little more flavor.

YAY another amazing dish! This meal was insanely savory, delicious, and well-seasoned. There was a nice sweetness coming through with the ketchup and caramel. Although my dish came out a little more stew-like than the recipe it allowed us to appreciate a spicy and comforting broth that is by far the best broth I have ever had! Of course the chicken was fall off the bone tender and melted in your mouth.

We highly recommend this dish and rate it 9/10. We hope you try this one and let us know how it goes!