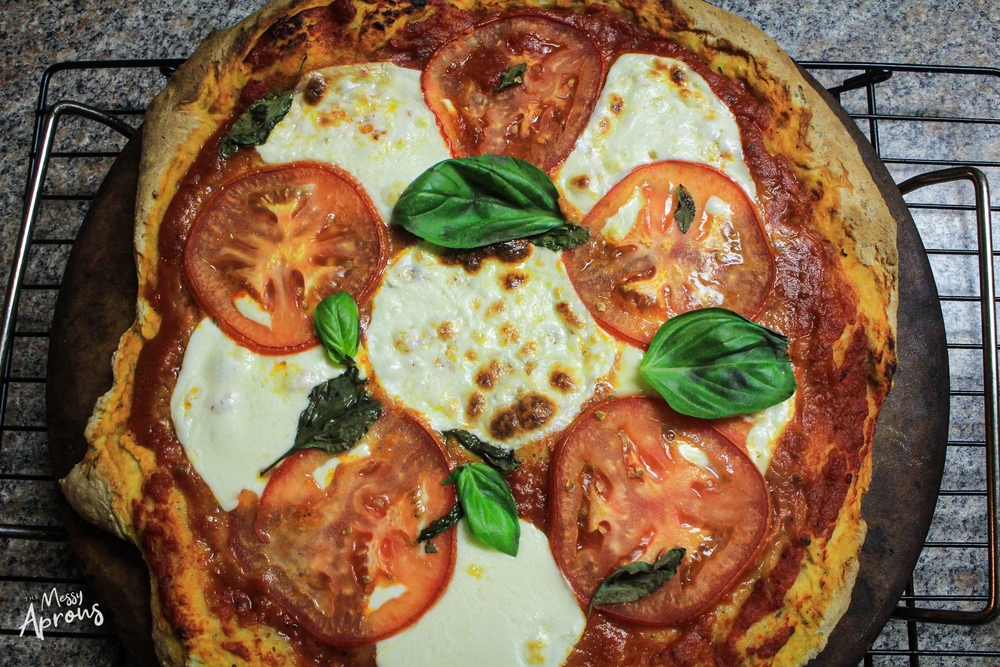 To close out our time in Italy I chose a classic known to most- the margherita pizza. This simple yet delicious masterpiece came to be on June 11th 1889 to honor the Queen consort of Italy-  Margherita of Savoy.  Raffaele Esposito created the pizza to represent the colors of the Italian flag by using basil for green, mozzarella for white, and tomato for red. Originally the pizza dough used was more of a flat bread compared to the sweeter, fuller crusts we are accustomed to most of the time.

Pizza dates back 7,000 years ago throughout Europe with various toppings placed on top of flatbreads and round breads. The pizza we know today dates back to the late 19th century when tomato and bread were being paired together.

We appreciated the simplicity that we only needed a few ingredients to have an amazing meal. Of course I used local basil Portland Pie Pizza Dough which just added to how yummy it was! As pretty as fresh basil looks on the pizza as you’re making it once it comes out of the oven it doesn’t have the same appeal. I would suggest added basil afterwards unless it is dried. We rated this dish 9.5/10 because it was just so good! How could you go wrong with pizza? 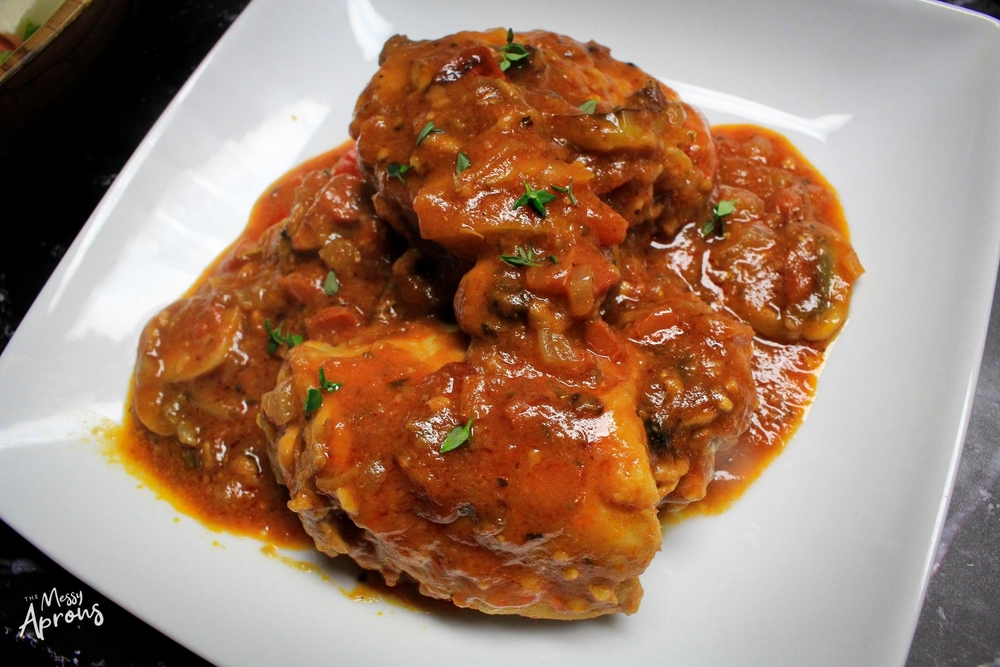 Welcome to day 3 in Italy! We are making the saucy chicken cacciatore today, a breaded chicken that bathes in a savory tomato-wine sauce. Cacciatore translates to hunter which were the first people to enjoy this dish. Because hunters first made this dish it was actually made with game instead of chicken. The dish was created sometime between the 14th and 16th century.

The dish is so popular it has its own holiday on the 15th of October! Although we know this dish to be adorned with tomato it was originally made without. Tomatoes were not introduced to Italy until later on!

I really appreciated that this meal took less than an hour to prepare (since the majority take longer). The sauce smelt ahhhmazing and picked up the flavors of the stewing veggies. The recipes I used can be found here.

I even made a caperse salad (although the chipmunk ate most of my basil!!)

In the end we were left with a beautiful Italian dinner. The chicken was coated with a nice thick and rich tomato sauce, but I could not tell it was breaded. The vegetables apart of the meal paired well and gave us stew vibes. The salad was nice and fresh and paired well with the hearty chicken. We really loved this dish and rated it 8.25/10!

To close out our week we will have a classic that is commonly seen American restaurants. 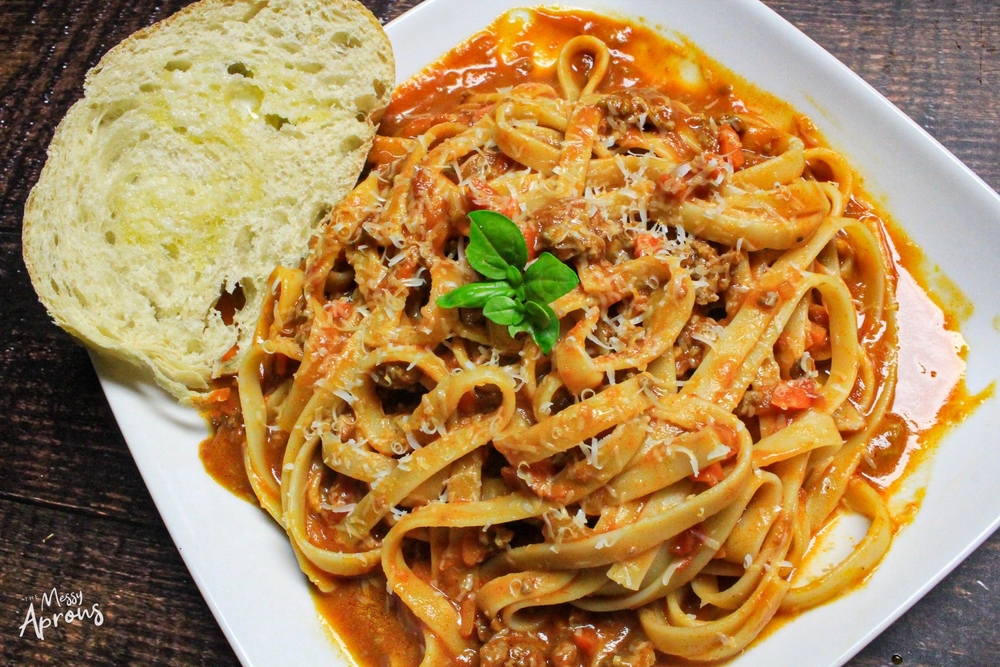 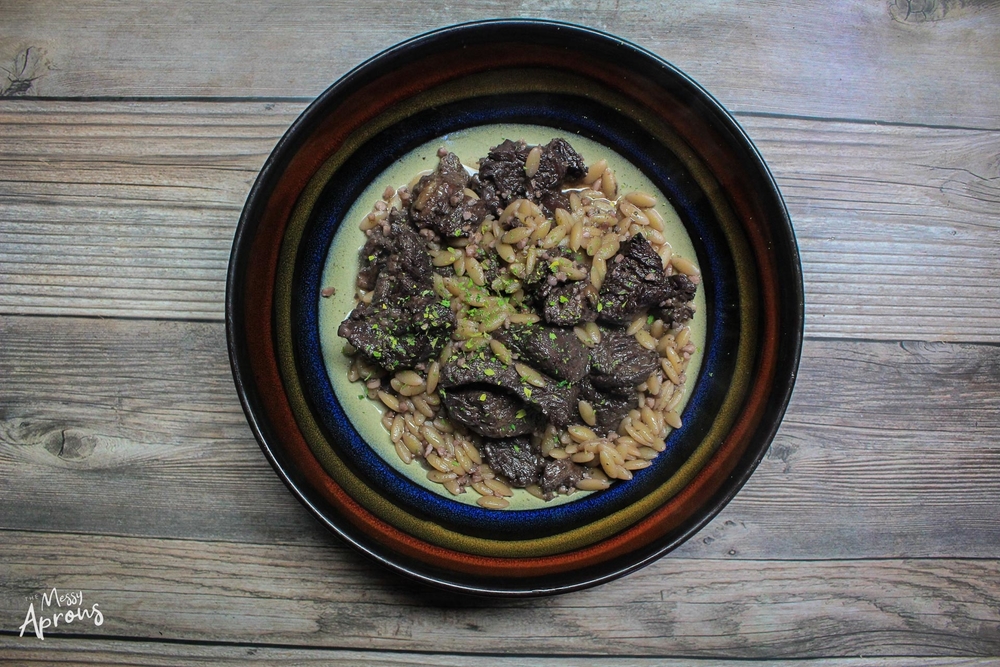 Guys we have made it to ITALY! I am super excited to dive in, especially since Italian food is my favorite!

Italy, one of the most well known European countries, is actually one of the youngest even though Rome is over 2,000 years old. The country is home to the most UNECO sites in the world including the Roman Colosseum and Castel del Monte. The only three active volcanos of Europe can be found along with over 1,500 lakes! Italy produces the most wine out of any other country (shocker) and is the creator of the sacred comfort food, pizza. Over the next few days we will cover the Italian classics that will take your taste buds on a journey to one of the most popular travel destinations in the world!

Italian cuisine of course includes hearty tomato sauces, pastas, heavenly bread, salty cheeses, lots of olive oil and wine. All types of protein sources such as seafood, poultry, and beef can be found in daily meals. Cuisine can vary depending on what regions you are in, but every region goes by the same rule- quality above all. Many admire Italian cuisine for its simplicity requiring few ingredients for easy preparation and for the comfort a fresh bowl of pasta or slice of pizza can bring. Today I made a dish I knew nothing about, Peposo. Named for the spicy kick it offers the simplicity of only 6 ingredients. The dish originates from Florence and is a classic slow-cooker recipe that was created by furnace workers. These workers placed the diced beef, red wine, garlic, pepper, and oil in a terracotta pot to slow cook while they worked. The recipe only covers the preparation of the beef, however it was suggested the meat be served over polenta.

I guess I was feeling bold, but I decided to forgo the recipe and make my own rendition of the meal. I thought I could cheat with the help of my Instant Pot and cut some time off the preparation- wrong! After 40 minutes of pressure cooking and 10 or so minutes of building pressure/releasing I was left with very bitter, potent beef. In a panic, Ian and I tried to add ingredients to improve the flavor like butter and tomato paste. We were left with a slightly more tolerable taste and unfortunately could not finish our meals.

I opted to use up the orzo I had acquired from other meals which as you known is typically partially cooked in the sauce or broth it is being added to.. I also became bitter 😐 At the end of it all an importance lessen was learned.. when cooking with wine- especially an ENTIRE BOTTLE, make sure to follow to cooking directions to burn off the unwanted flavors. We could not give this meal a good rating as you probably know by now. We plan to make it up eventually with another traditional Italian dish.

I promise the next meal was a success! 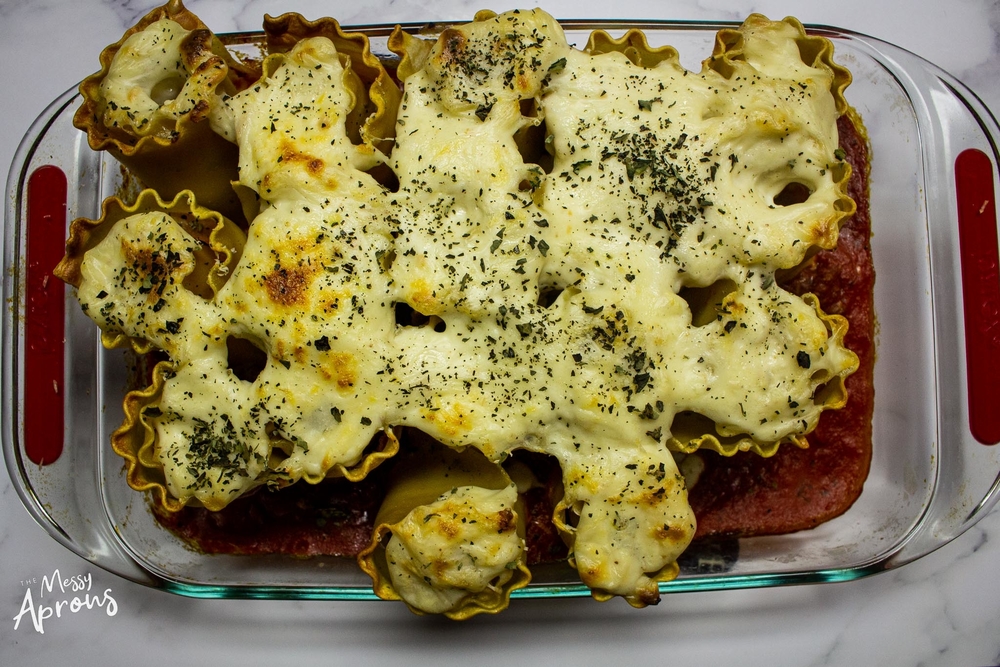 Welcome to the beautiful San Marino, another country I had no idea existed! This beautiful slice of heaven sits in northern-central Italy and has been a microstate since 301 A.D (self proclaimed oldest republic of the world). The main attraction of the country is the three peaks of Mount Titano. On each peak there is a tower: Guaita, Cesta, and Montale. The public is able to visit Guaita and Cesta by climbing the cobblestone steps overlooking the scenic countryside. That being said how come we don’t hear more about this country with it being one of the oldest countries of Europe?

When researching, it was clear I would enjoy the cuisine.. it sits inside the country where my favorite food originates! The dish I chose to represent San Marino is known as swallows nests or nidi di rondine in Italian. It got its name from the presentation of the food which closely resembles bird nests- lasagna noodles filled with cheese, prosciutto, bechamel sauce and basil leaves are rolled up and placed on top of marinara sauce.. is your mouth watering yet?

Just when I thought it couldn’t get better I discovered fontina cheese was part of the filling (my favorite cheese) and I decided to replace prosciutto with speck -can I get a hell yeah?! Alright I need to chill I’m making myself hungry! The recipe I used can be found here.

It was a pretty easy recipe just time consuming to cook the lasagna noodles. We thought a little more marinara sauce wouldn’t have hurt, but that is our only critique. It was a beautiful combination or melting cheese, warm sauces, and meat. They were surprisingly filling, but they did not last long in our fridge! If you’re looking for a way to elevate a pasta dish or just need something delicious to get you out of a boring dinner rut this is the recipe for you!

We rated this dish 9/10- higher with more sauce. Next we travel to Moldova to sip on some savory soup😎