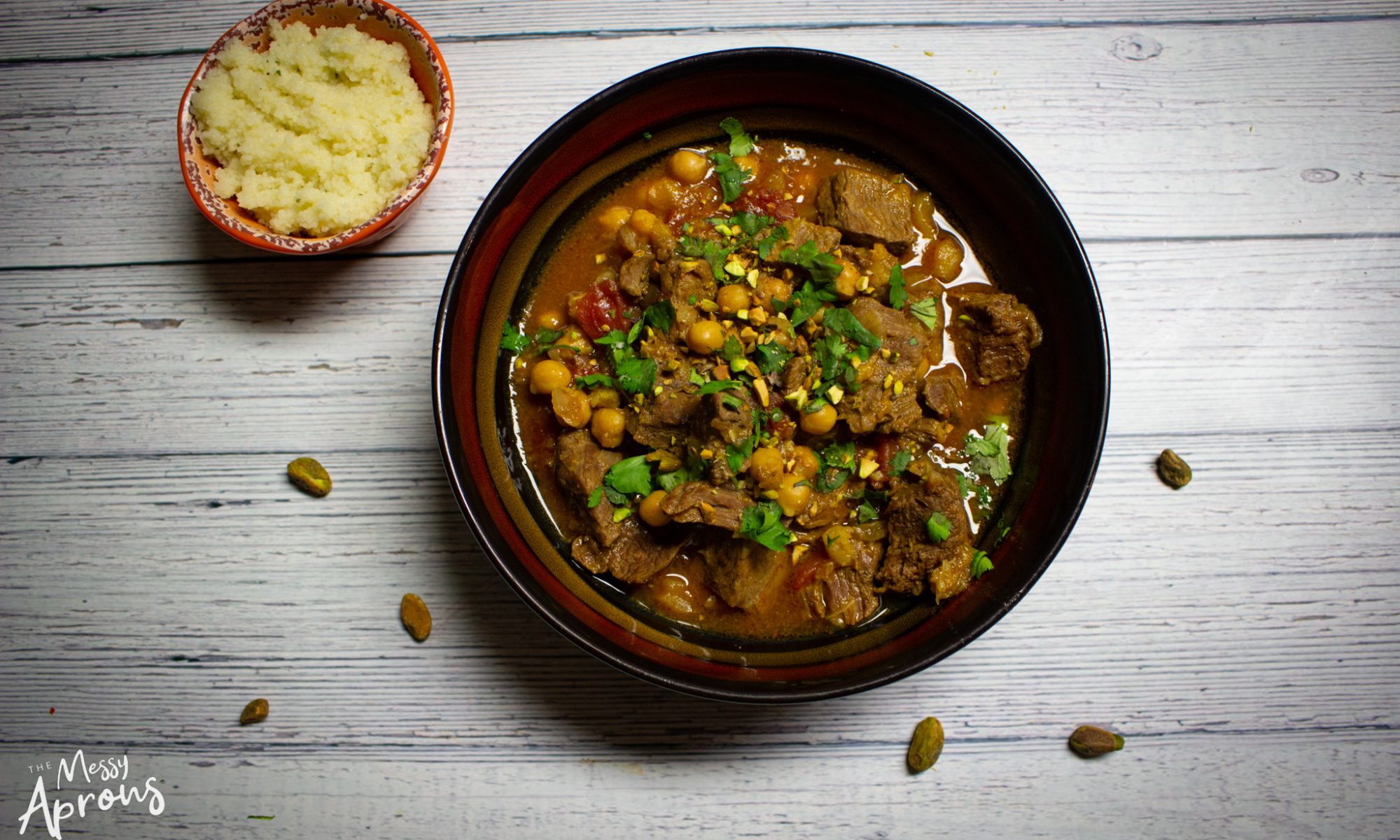 Welcome to another day at The Messy Aprons, we are quickly approaching 50 countries! Today we are in Morocco, a Northern African country that is a blend of Arabic, European, and Berber culture which heavily influences the cuisine. Berbers are an ethnic group of Northern Africa that are often farmers in rural areas, but historically were nomadic merchants that brought caravans across the deserts. Fridays are known as “couscous day” which is the holy day of the week in Morocco.

I made a lovely, flavorful dish to represent the beauty of Morocco – Lamb Tagine with Apricots. Tagine is a traditional Berber, slow-cooked stew that is named after the special clay pot that it’s prepared in. These stews are full of several of delicious ingredients including chickpeas, diced tomatoes, and garlic. This dish is also full of spice that makes the dish so warm and comforting. Luckily I found a recipe that I could follow without the special cookware, time to fire up the Instant Pot!

Again, I substituted stewing beef for the lamb but let me know if you decide to make it traditionally! The recipe was straight forward, but it definitely took me longer to make than the 10 minutes of prep time. This aromatic dish had my kitchen full of Arabic smells and left my stomach growling! I decided to add extra ginger, garlic, and dry spices because why not? It did not leave us disappointed!

We LOVED this dish. I loved all of the elements and it left us craving more. I could see myself eating this on the regular. It had that winning combo of tomato and cinnamon that we had discovered in paste dishes. The topping of cilantro brightened the hearty stew. Top marks Morocco- we rate you 10/10.