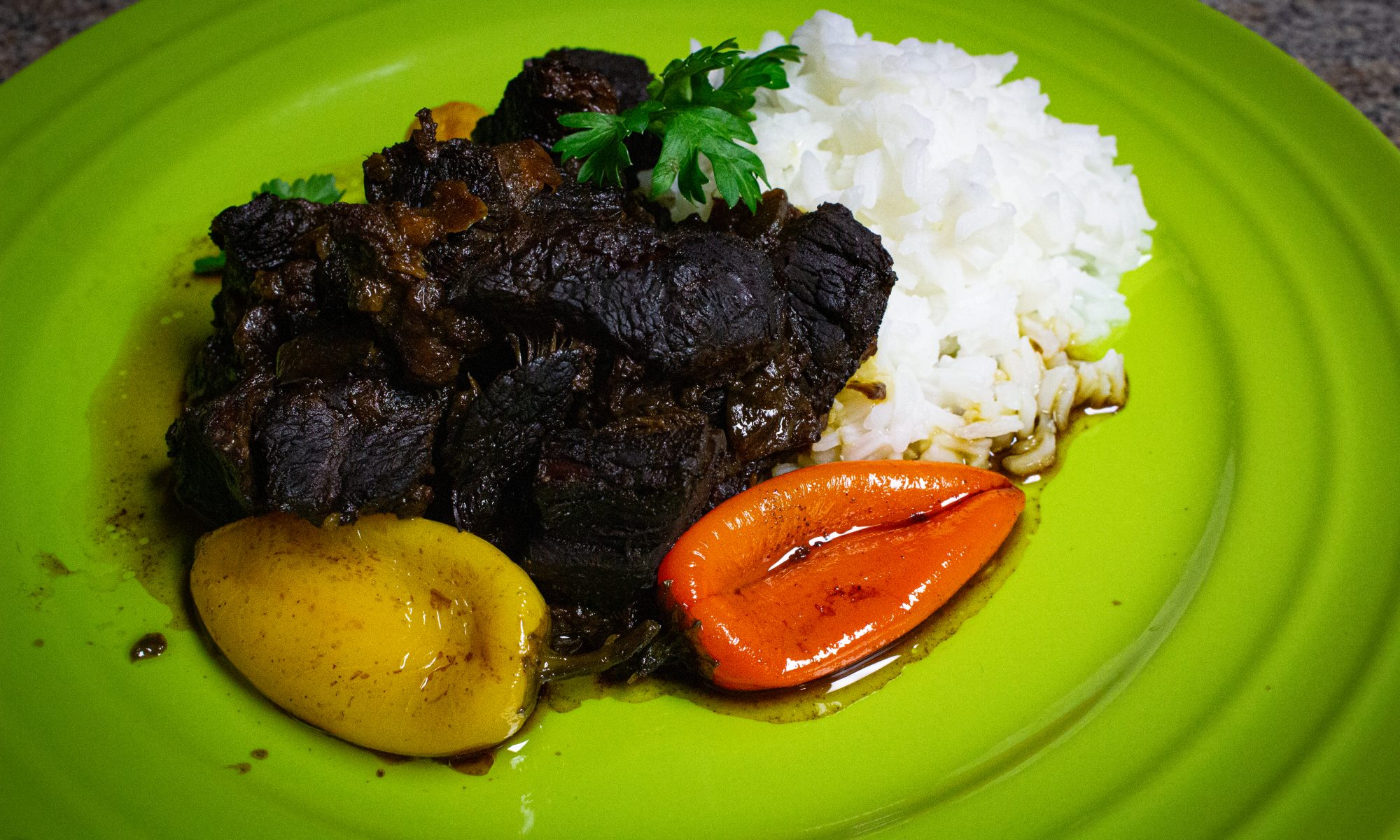 We are traveling a lot this week my fellow foodies! We start this week off in South America trying the very traditional pepperpot of Guyana. Guyana is nestled between Suriname, Venezuela, and Brazil; also bordering the Atlantic ocean to the north. The country is influenced by its past English colonization along with the Caribbean. It’s the only English-speaking country of South America and it’s name means “land of many waters.” The name is fitting since it’s home to the world’s largest single drop waterfall, Kaieteur Falls (pictured above) which plummets 822ft and is 328ft wide!

Guyanese food is a wonderful blend of several cultures including African, European, and Chinese to name a few! Pepperpot is a spicy dish full of strong flavors like cinnamon, garlic, and ginger. The exact origin of this dish is not clear, however it is thought to have been created by the Indigenous people of this land. They were also the first to discover how to extract liquid from the toxic cassava root for safe consumption.

This liquid is known today as cassareep. Cassareep reminded me of a molasses and paired well with the other competitive flavors. I was able to get my hands on some from ordering once again on Etsy.

The recipe I used for this fiery meal can be found here. It was easy to follow and I could prep the next elements of the dish while others were cooking. Once the meat was stewing with the spices it filled the apartment with the most wonderful aroma. We could only hope it would taste just as good!

Pepperpot did not disappoint. It had a wonderful heat without being too spicy (I used jalapenos because I can’t stand any hotter). The meat was very tender and each bite had hints of cinnamon, cassareep, and orange. We loved how unique this dish was and rated it 7/10.

Next we head back to Europe for a little more Salmon!