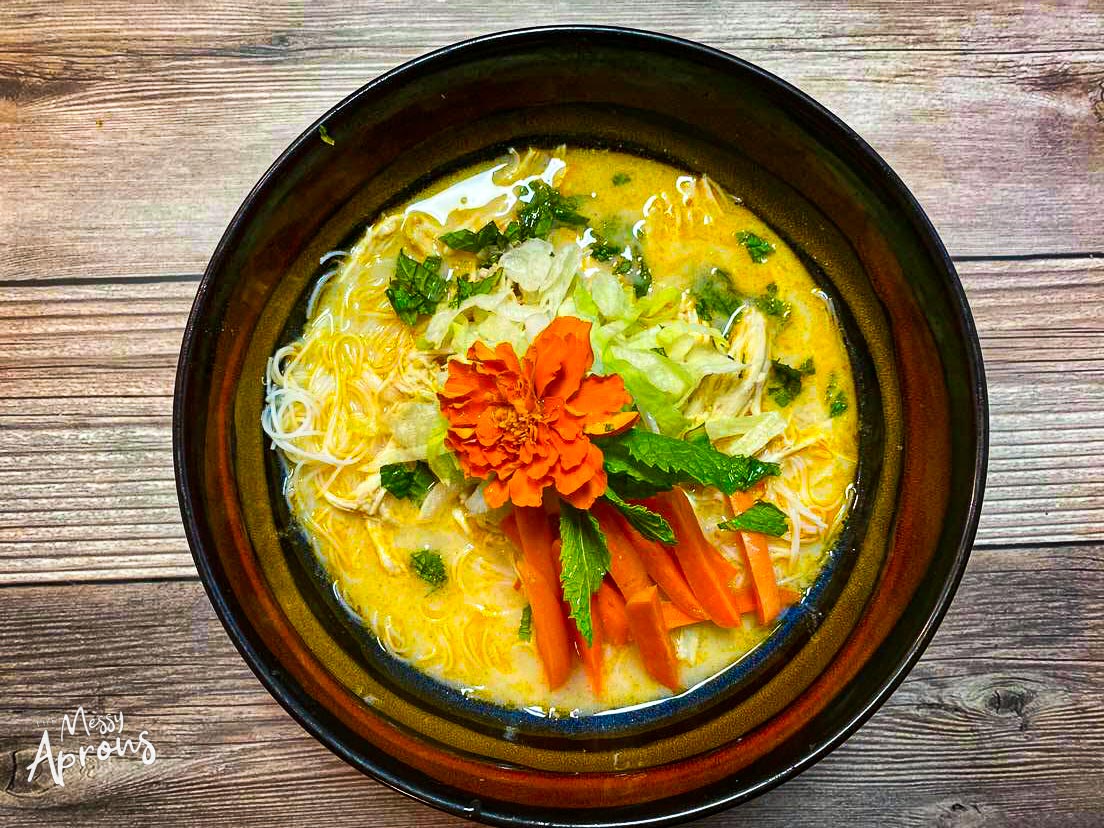 Welcome back to Asia where we traveled to our 70th country Laos, the land of a million elephants (name translation). Laos is found in Southeast Asia cozied up next to Vietnam, Thailand, China, Burma, and Cambodia. Although this is a landlocked country you can explore the stunning Luang Prabang Mountain Range or the impressive Khon Phapheng Falls. Laos became independent from the French rule in 1953 so you can find its citizens speaking French of Lao. Laos is known for its Bhuddism, historic temples, and its spicy cuisine!

Laos cuisine often always includes sticky rice, their citizens being the largest consumers in the world averaging 345lbs consumed per person annually! Its cuisine is similar to Indian and Thai food in which their dishes are often full of spicy and rich flavors. The most popular and representative dish of Laos being larb; a salad like meal with ground meat herbs and veg sitting in a lime-fish sauce dressing. Today he make something a little different, but still very true to Laos- khao poon. This dish is a spicy soup with vermicelli, coconut milk, chicken, and several plant-based garnishes. Every khao poon is unique to its cook with several variations out there. You can find the recipe Ian used here.

Galangal is similar to ginger and turmeric and can be found in Southern Asia. I had to go online to find myself some but it was dried! This made for a tricky preparation..

Ian ended up modifying the spice because personally we don’t like our mouths to fry. He added a sweeter Asian sauce to the curry paste to make it spicy and sweet, more Messy Aprons friendly! We had fun plating this meal, the edible flowers bringing the dish to the next level!

Ian and I have been on a streak of above average dishes, this being one of them. We loved the heat and spice that was well balanced by the coconut milk. I appreciated the balance of vegetables to meat; when there is x2-3 more meat to veg most of the time I think it is too much (I know what an unpopular opinion). We rated this one 7.75/10.