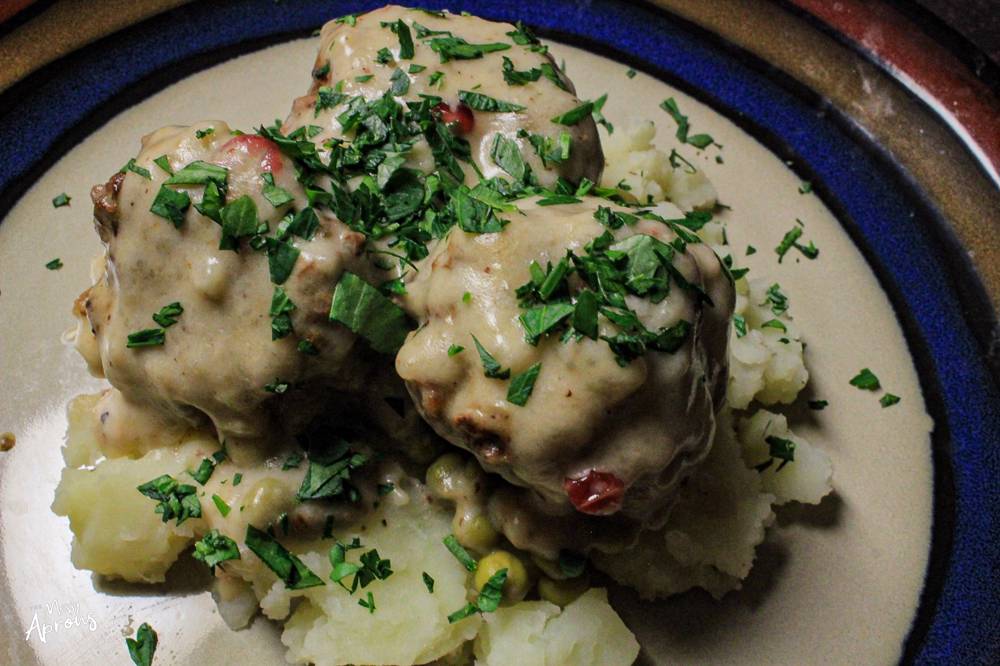 Sweden, a country of Scandinavia is found neighboring Finland and Norway and the Baltic and North Seas. Sweden is known for its vast forests and bountiful lakes. Interestingly Sweden is an importer of waste and recycles, composts, or incinerates all but 1% of waste. That being said their cities tend to be cleaner than others across the nation with Stockholm being one of the cleanest (Sweden’s capitol).

The food of Sweden is known for focusing on dairy, bread, meat, seafood, and berry products. Lingonberry in particular is berry native to Northern Europe and is featured in this dish. It is a country known for foraging and many citizens participate in this. Some Swedish staples besides lingonberries included pickled herring, crispbread, pea soup, and crayfish. Of course meat balls are very popular here too but did you know they actually don’t originate in Sweden?

Swedish meatballs originate from the Ottoman Empire which is now present day Turkey. More recently there was a debate on how Swedish svenska köttbullar is and apparently the Swedish King Charles XII brought this recipe from his exile in the Ottoman Empire back to Sweden. Lingonberries however are as Swedish as it gets. This country favorite which is also the national dish is what we are making today. You can find the recipe here.

Cooking wasn’t too complicated, the meatball making was pretty standard and so was the gravy. Butter is the key and important to enhance the sweetness and richness of the dish. Once the gravy is made add the meatballs in and allow them to get fully coated. I decided to serve my meatballs on top of mashed potatoes, but I have seen it served on the side too.

Dang this was a yummy one! We appreciated the sweetness that the lingonberry brought to a hearty meal. I find it comparable to cranberry sauce with gravy on Thanksgiving! The meatballs were delicious and the gravy was sweet and creamy- a perfect balance of sweetness and tang! We thought this meal was worthy of 8.75/10 for a rating!